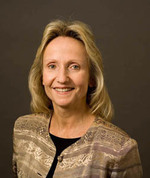 Romana Huk is co-editor of Contemporary British Poetry: Essays in Theory and Criticism (SUNY Press, 1996), editor of Assembling Alternatives: Reading Postmodern Poetries Transnationally (Wesleyan UP, 2003), and author of Stevie Smith: Between the Lines (Palgrave Macmillan, 2005). Her upwards of 45 substantial essays on contemporary poetry and poetics have appeared in journals like Contemporary Literature, The Yale Journal of Criticism, Christianity and Literature, HOW2, Literature Compass, The Journal in Ireland and Performance Research (Routledge) in the UK as well as in book collections and companions to poetry from presses such as Oxford UP, Cambridge UP, Blackwell, London Macmillan, Cornell UP, Ohio UP, Edinburgh UP, Bloodaxe Books, Salt Publishing, and Le Cri Editions in Paris. She serves as a repeated referee for the major journals and presses in her field (from PMLA and Contemporary Literature to Oxford UP, Palgrave, Blackwell and Polity); she also serves on the editorial board for the Journal of Innovative British and Irish Poetries in the UK, and as editor-in-chief of Religion & Literature, which is housed in the Department of English at Notre Dame. She has written on topics ranging from working class poetry (in the work of Tony Harrison) to gender politics (in the work of Smith as well as more recent, transatlantic avant-garde poets) to racial inflections in radical practice (such as those of Jean ‘Binta’ Breeze, Harryette Mullen and David Marriott). She is currently completing her book project entitled "Rewrit[ing] the word ‘God’": In the Arc of Postmodern Theory, Theology and Poetry; it involves reading radical departures in early twentieth-century phenomenology, theology and linguistics alongside developments in transnational avant-garde aesthetics and poetries.