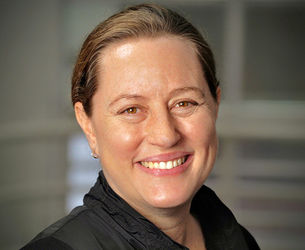 I am a teacher and scholar of twentieth- and twenty-first century media and communications systems. I have a background in technology journalism, and my earliest work deals with the temporalities of contemporary American fiction that engaged with those being produced by new technologies and scientific epistemologies. In my first book, Corridor: Media Architectures in American Fiction (2013), I discuss literature’s mediality by way of its communication systems, and more precisely, by looking at how communication is figured in the making-visible of infrastructure.

Since the publication of Corridor I have worked on several projects dedicated to the entwined understanding of narrative and medial form. My second book, A Poetics of the Outside: Exteriority, Mediation, and Twenty-First Century Narrative (under contract), is a study of nonhuman narration and the desire for the outside that moves between contemporary literature and critical thought. Unlike the central claims of North American nonhuman theory, new materialisms, or the broadly understood posthumanities, which are informed by the biological sciences, my method in A Poetics of the Outside develops out of the media theoretical approach to cultural techniques. I have also been working on a third book, a study of the novella that intervenes in studies of contemporary attention, technology, and reading practices by attending to fiction’s least-understood form.

I teach media, technology, and contemporary thought in a variety of contexts, ranging from transhistorical encounters with genre to graduate writing workshops dedicated to work in the public humanities. I serve on the faculty of the History and Philosophy of Science at Notre Dame, and am a member of the steering committee for the Moreau College Initiative, a transformative prison education program run in partnership with Holy Cross College. I am also on the faculty of the Bread Loaf School of English, teaching at the Vermont mountain campus. In addition to lecturing extensively in the U.S. and abroad, I co-edit the Post45 book series at Stanford University Press and serve on the steering committee of the Post45 Collective.