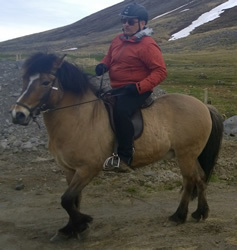 Tim Machan’s teaching and research involve both medieval language and literature and historical English linguistics. Focusing on Norse, Latin, and French as well as English, his medieval scholarship has explored the interplay among a variety of theoretical and practical concerns, including the cultural nuances of physical documents, literary expression, linguistic conventions, multilingualism, contact between English and other traditions, and the historicity of critical approaches. In English linguistics, he has examined individual and institutional responses to language change, the shifting status of varieties within the English linguistic repertoire, and the persistence of language attitudes from the medieval period until the present. He is co-editing a volume entitled From Iceland to the Americas: Vinland and Historical Imagination (Manchester University Press), and is writing on the theoretical and practical issues that frame histories of English. He has held grants and fellowships from the ACLS, NEH, and Fulbright Foundation.