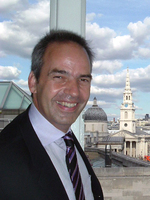 Greg Kucich’s areas of expertise within the field of British Romanticism include women's writing, historiography, cosmopolitanism and global formations, theatrical performance, influence studies, and the so-called "Laker-Cockney" culture wars. His Keats, Shelley and Romantic Spenserianism addresses romantic era concerns about originality and literary transmission by examining the various ways in which adaptations of Spenser’s works affected the development of romantic era poetics and politics. He has co-edited (with Jeffrey Cox) two volumes of the Pickering and Chatto Selected Writings of Leigh Hunt, and he has co-edited (with Keith Hanley) a collection of articles, Nineteenth-Century Worlds: Global Formations Past and Present. His recent publications include articles on the Keats-Hunt Circle, Romanticism and historiography, and Romantic era drama. He is currently writing a monograph on Romanticism and the politics of women’s historical writing during the romantic era. He served for thirteen years as co-editor of Nineteenth-Century Contexts: An Interdisciplinary Journal. He has also recently completed a five-year term as Director of Notre Dame's London Program. He currently serves on the editorial boars of Studies in Romanticism, Romanticism, and the award-winning scholarly website Romantic Circles.