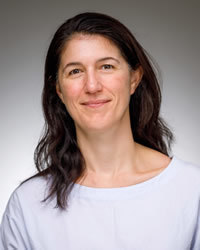 Michelle Karnes studies late medieval literature in its philosophical and religious context. Her forthcoming book, Medieval Marvels and Fictions in the Latin West and Islamic World (University of Chicago, 2022) investigates marvels like the evil eye and enchanted rings in both philosophy and literature, in both the Latin West and Islamic communities. It argues against the common notion that marvels are objects of belief, credulously accepted by a simple-minded people, and proposes instead that they are near impossibilities that demand scrutiny and investigation. They rely on the faculty of imagination, which is unrestricted by the distinction between the real and unreal, the true and the false. In her reading, the faculty gives marvels their indeterminacy and significance. Her first book, Imagination, Meditation, and Cognition in the Middle Ages (University of Chicago Press, 2011), explores the role of imagination in medieval religious meditations and theories of cognition to show how the intellectual force of imagination contributes to its narrative power. Her current project focuses on the representation of animals and the role of species diversity in medieval literature and philosophy, again drawing on Arabic sources as well as ones from the Latin West. Along with Sebastian Sobecki, she is also editor of Studies in the Age of Chaucer.