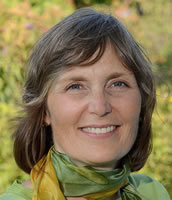 Specialty: American literature and culture, the American novel, political theory, peace studies, and the study of civil and human rights

Sandra M. Gustafson is the author of works on American literature and culture including Imagining Deliberative Democracy in the Early American Republic (Chicago, 2011), Eloquence is Power: Oratory and Performance in Early America (North Carolina, 2000), and essays on William Apess, James Fenimore Cooper, Jonathan Edwards, and Margaret Fuller.  She is the editor of The Norton Anthology of American Literature, Vol. A (9th edition) and advisory editor of the MLA-affiliated journal Early American Literature, as well as the co-editor of Cultural Narratives: Textuality and Performance in American Culture before 1900 (Notre Dame, 2010), and guest editor of a special issue of the Journal of the Early Republic on political writing and literature. A faculty affiliate of Notre Dame's Center for Civil and Human Rights and a faculty fellow at the Kroc Institute for International Peace Studies, she held an NEH fellowship during 2014 to work on a book about the American novel from Cooper to Silko that draws on peace studies methodologies.