The English Department is pleased to announce our newest faculty appointments, Jesús Costantino and Z’étoile Imma. Both originally came to Notre Dame as Moreau Postdoctoral Fellows, Costantino from the University of California, Berkeley in 2011, and Imma from the University of Virginia in 2012. "We are delighted to have such engaged and dynamic young scholars join the department," says Valerie Sayers, department chair. "The range of their interests underscores our commitment to transdisciplinary scholarship and teaching." 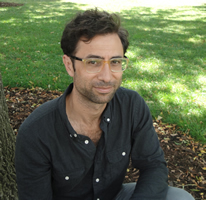 Jesús Costantino’s approach to twentieth-century American literature and visual media combines aesthetic philosophy, theories of violence, and critical studies of class and race. He is currently completing his first book, Fighting Form: Boxing and the Violence of Aesthetic Formalism, 1880-1950, in which he traces the early twentieth-century conception of "form" through its intersections with the sport of boxing and the emerging discourse of ethnicity in literature, film, photography, and painting.

Inspired by recent depictions of Detroit and New Orleans, Costantino has also begun work on a new project titled Under the Sign of Disaster Triumphant that analyzes the fraught economic and social history of portraying American cities in ruins. Supplementing these two book-length projects, he continues to explore the interplay between the visual and literary arts and is readying for publication essays on Gordon Parks' fashion photography, film noir in world cinema, and the photo-texts of the Depression era. 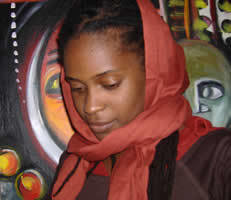 Z’étoile Imma’s most recent work explores gender and sexuality in contemporary Anglophone African literature, film, and new media; African feminisms; postcolonial queer studies; and African city studies. Due to her interest in spatial epistemologies, with the support of the Mellon Mays Fellowship and numerous travel grants, she has engaged in literary-critical fieldwork in Ghana, Benin, South Africa, Zimbabwe, Nigeria, Senegal, The Gambia, and Eritrea.

Her book manuscript Intimate Men/Intimate Spaces argues that Anglophone African women writers, filmmakers, and new media producers employ and emphasize spatial tropes in their texts to redefine and re-imagine African masculinities in the postcolony. Imma is currently developing her second project, Love Stories from Africa, in which she considers how representations of love and urban desire in emergent African literary and visual texts interrupt long-standing local and global discourses on African bodies, spaces, sexualities, and gender, as well as, challenge increasingly pervasive homonationalist ideologies. Alongside her scholarly work, Imma, a Cave Canem affiliate, continues to write creatively and has published poems in African Voices, ShadowBox, and The Brooklyn Review.