The following is a list of books published by Department of English faculty members between April 2013 and April 2014. A list of 2013 and 2012 faculty books is available here. 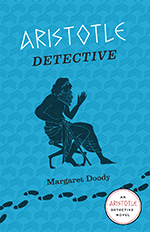 Aristotle and Poetic Justice, and

Aristotle and the Secrets of Life

Murder and mayhem may seem like unreasonable company for Aristotle, one of the founding minds of Western philosophy. But in the hands of Margaret Doody, the pairing could not be more logical. With her Aristotle Detective novels, Doody brings a Holmesian hero to the bloodied streets of ancient Greece, trading the pipe and deerstalker of Sherlock for the woolen chiton and sandals of Aristotle. Complemented by an ever-growing cast of characters and vivid descriptions of the ancient world, Doody’s mysteries are lively takes on the figures and forms of the classics as much as they are classic whodunits in their own right.

Reissued by University of Chicago Press, 2014 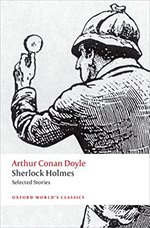 Arthur Conan Doyle’s Holmes stories are intimately associated with late Victorian and Edwardian society, yet curiously timeless in their appeal. The characters of Sherlock Holmes and Dr. Watson are as familiar today as when they made their first appearance in the late 1880s. This new selection of some of the best of Sherlock Holmes is designed to give readers a full sense of his world: the brooding fog of London, ruined heirs in creaking mansions, and hidden crimes in the farthest-flung corners of the British Empire. The stories take Holmes’ career from its early days to its end, and include the book-length Sign of the Four. Barry McCrea’s introduction investigates the currents that lie beneath the surface. 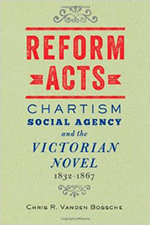 Reform Acts offers a new approach to prominent questions raised in recent studies of the novel. By examining social agency from a historical perspective, Chris Vanden Bossche investigates how particular assumptions involving agency came into being. Through readings of both canonical and non-canonical Victorian literature, he demonstrates that the Victorian tension between reform and revolution framed conceptions of agency in ways that persist today. Vanden Bossche argues that Victorian novels sought to imagine new forms of social agency evolving from Chartism, the dominant working-class movement of the time. Novelists envisioned alternative forms of social agency by employing contemporary discourses from Chartism’s focus on suffrage.

What is English? And Why Should We Care? 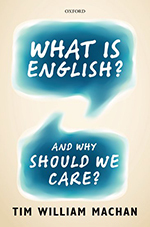 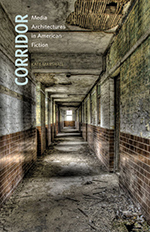 Corridor illuminates a hidden and surprising relationship between architectural space and modern American fiction. By paying close attention to descriptions of modernity’s least remarkable structures, such as plumbing, ductwork, and airshafts, Kate Marshall discovers a rich network of connections that sheds new light on the nature of modern media. The corridor is the dominant organizational structure in modern architecture, yet its functions are taken for granted, and it tends to disappear from view. But, even the most banal structures become strangely visible in the noisy communication systems of American fiction. By examining the link between modernist novels and corridors, Marshall demonstrates the ways architectural elements act as media. 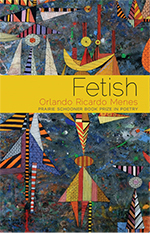 From sensual pleasures and perils, moments and memories of darkness and light, the poems in Orlando Ricardo Menes’ new collection sew together stories of dislocation and loss, of survival and hope, of a world patched together by a family over five generations of diaspora. This is Menes’ tapestry of the Americas. From Miami to Cuba, Panama to Bolivia and Peru, through the textures, sounds, colors, shapes, and scents of exile and emigration, we find refuge at last in a sense of wholeness and belonging residing in this intensely felt, finely crafted poetry. 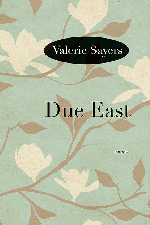 Mary Faith Rapple is smart, pretty in a rangy, gray-eyed sort of way—and very definitely pregnant. Not an unusual occurrence in the sleepy town of Due East, South Carolina. But when Mary Faith announces that she will have a virgin birth and her father, Jesse Rapple, owner of the Plaid King filling station, vows to uncover the truth, the sparks begin to fly. Spirited and evocative, this novel by Valerie Sayers explores the love and loneliness, the hopes and fears, the unspoken yearnings of the human heart.

Who Do You Love 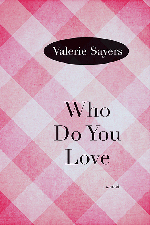 This novel focuses on the Irish Catholic Rooney family, outsiders in the community of Due East, S.C. On an unseasonably warm November day in 1963, Dolores ruminates over her fifth pregnancy, and Bill Rooney hopes to sell a prize piece of real estate to help his faltering business, meanwhile thinking bitter thoughts about Dolores. Eleven-year-old Kate feels the stirrings of sexuality, and gains insight from her teenage brothers. And a New York Times reporter whom Dolores brings to dinner trains a spotlight on their inner lives and sets in motion an event whose implications will reverberate down the years. Then President Kennedy’s assassination unites them in terrible grief.

How I Got Him Back 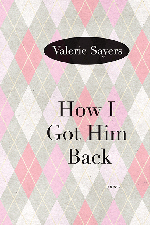 Mary Faith Rapple wonders when her lover will stop making promise he can’t keep—and leave his wife at last. But Mary Faith isn’t the only woman in town with man troubles, for everyone has someone they want, someone they can’t have, and someone they want to forget. This novel offers an honest, gritty commentary about human behavior, as well as Sayers’ own version of the humor that Southern writers from Eudora Welty to Flannery O’Connor to Reynolds Price use so tellingly. 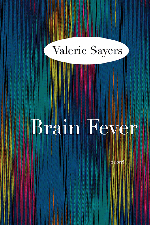 In Sayers’ fifth novel, she takes leave of Due East, S.C., but revisits schizophrenic Tim Rooney, an aging philosophy professor. When narrator Rooney’s girlfriend, Baptist-turned-atheist Mary Faith Rapple, insists on marrying him in a Catholic church, Rooney panics and heads for New York City in search of his first wife. Driving his father’s car and fighting for sanity, the fugitive encounters Angela, a blonde hitchhiker fleeing her own date at the altar. As he roams the city in a sometimes hallucinatory state, Rooney meets a former student, finds his ex-wife, and suffers a succession of burlesque sexual failures. Meanwhile, Mary Faith heads north to save her lover.

The Distance Between Us 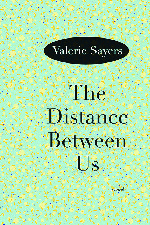 Franny Starkey has been breaking men’s hearts since she was a teenager in Due East, S.C. Now a married mother of three, she no longer turns heads the way she used to. Michael, her drug-dependent playwright husband, cannot forget the excitement of their gun-running honeymoon in Ireland. This engaging novel follows Franny’s path from her early, poverty-ridden days to her hedonistic college life to her longings for an artistic career while changing diapers in Brooklyn. The constant in her life is Steward Morehouse, a well-to-do nerd who loves Franny. When Stewart and Michael collaborate on a play, the lives of these three become more complicated than Franny could have imagined.