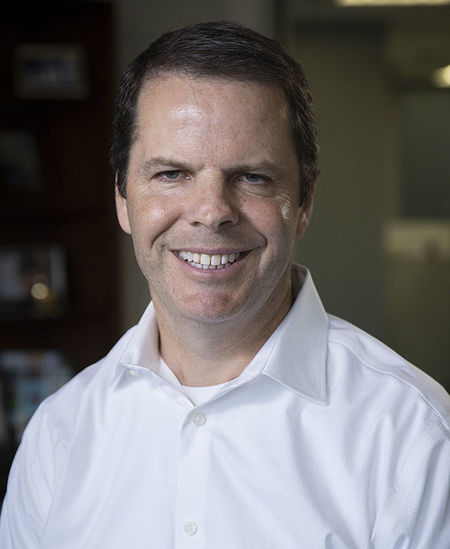 Andrew Hilger ’91 considers himself a storyteller.

As president of Allegis Group, a staffing and services company that works with upwards of half a million people a year, he lays out the firm’s investments, growth, and direction in the digital age — and sees a big part of his job as helping employees and clients in ways that go beyond day-to-day tasks.

“What I’ve learned after talking to a lot of people for a lot of years,” Hilger said, “is that people don’t generally remember the five bullet items on your PowerPoint that say, ‘Here are the five priorities.’ They remember the narrative that helps them connect what they do to a broader meaning, a broader sense of purpose.”

An English and philosophy major, Hilger says he learned to search for and value that sense of purpose at Notre Dame.

“My time there helped me understand how you can be a force for good in a lot of different ways,” he said. “If you wake up with purpose — and at Allegis Group, that purpose is about creating opportunities for people — that’s pretty cool.” 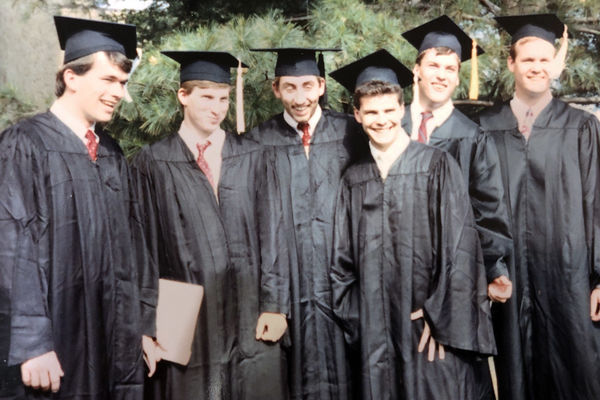 Hilger (third from right) at his Notre Dame graduation

Like many students, he says, Hilger came to the University without a clear idea of what he wanted to do, trying out business and math classes before discovering a passion for storytelling and an interest in philosophy.

In addition to his majors, he was editor of the Scholastic student news magazine as a junior, an active resident of Holy Cross Hall, and joined a multicultural council focused on inclusivity during his senior year.

Hilger never expected to work at a large corporation. He entered full-time service work with a branch of Boys Hope Girls Hope after graduation, then earned a master’s degree in creative writing before working briefly for an environmental services company.

Several years after graduating, Hilger and his wife decided to move to Baltimore, where a friend recommended that he apply to Allegis Group.

Much of Allegis’ work is technical — using computer programs and artificial intelligence to match people with certain skills to companies that need their expertise. While Hilger didn’t necessarily have those technical skills, he credits his Arts and Letters education with his ability to shepherd Allegis through periods of rapid growth.

“I had the critical thinking and analytical skills, and the ability to listen, facilitate tough conversations, and align people, that helped us get through challenges and capitalize on some opportunities,” Hilger said. “As we move into an age where more and more of the computational and rote tasks are done by machines, the world needs liberal arts.

“Competencies that are uniquely human — empathy, persuasion, creativity, ethical judgment — will be at a premium, and they are nurtured through an Arts and Letters education.”

“As we move into an age where more and more of the computational and rote tasks are done by machines, the world needs liberal arts. Competencies that are uniquely human — empathy, persuasion, creativity, ethical judgment — will be at a premium, and they are nurtured through an Arts and Letters education.”

A diverse and blended workforce

Hilger took on diverse roles in sales, HR, strategy, and technology, before becoming president of the company in 2016.

Though a liberal arts background helped get him there, he’s on the front lines of a contentious debate about the kind of workforce the world needs in an era of automation and artificial intelligence.

On one hand, Hilger sees a skills mismatch — there are jobs that need to be filled, but job-seekers don’t necessarily have the skills to fill them. Allegis itself invests in algorithms to identify job candidates with specific skills, like programming languages, that align with what those companies want.

On the other hand, Allegis’ own employees tend to be hired for attitude, commitment, and curiosity. And part of the story that Hilger tells as Allegis’ president is that people are “much more than a set of buzzwords.” 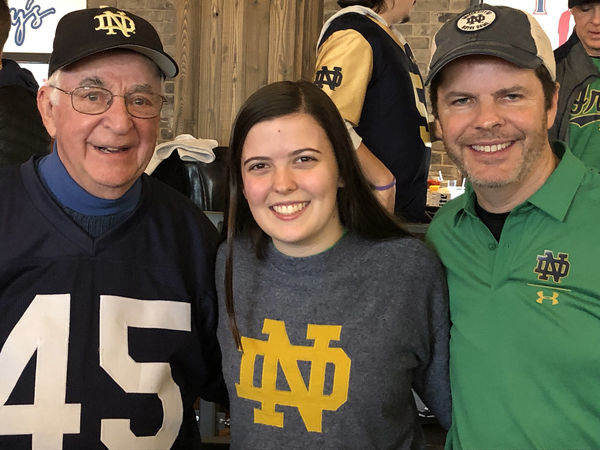 Hilger with his father, Joe Hilger ’60, and his daughter, Jane Hilger, a sophomore English major at Notre Dame

“I have a daily job to help educate our clients that the workforce you want to build is going to be a really diverse and blended workforce,” he said.

“Some of them are going to have the exact level of certification you’ve drawn up in a job description. Some of them are also going to be the people who aren’t showing up in the search — but, trust us, they’ve proven through various experiences that they will learn, and they will add tremendous value.”

In telling the story of Allegis and its role in building a competent, versatile workforce, Hilger uses his Arts and Letters education every day.

“That ability I had at Notre Dame to take an economics class one day, a philosophy of law the next day, then a deep dive into a detective fiction class read through the critical eye of a gender studies’ professor  — it’s what I get to do now,” he said.

“I read an article on artificial intelligence and how it will affect the future of work one day, and the next day, I engage in a discussion about values, purpose, and culture, followed closely by working with our team to understand how we best capitalize on the market opportunity in Asia.”

Originally published by Emily McConville at al.nd.edu on September 10, 2019.