Three English professors at the University of Notre Dame—Stephen M. Fallon, Kathryn Kerby-Fulton, and Peter Holland—have been singled out for their outstanding scholarship.

“Any of the three major honors accorded to these professors would alone be welcome news for Notre Dame—together they signal the highest distinction,” says Professor John Sitter, chair of the Department of English.

“Outside observers have known for years that Notre Dame is home to outstanding scholars of medieval literature and culture,” he says. “Now it is becoming increasingly evident that we boast preeminent Renaissance scholars as well.” 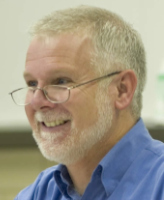 Fallon, a professor in the Program of Liberal Studies and the Department of English, was named the 2011 Honored Scholar by the Milton Society of America. The honor is the association’s lifetime achievement award, whose past winners include C.S. Lewis, William Empson, and Stanley Fish.

“Milton scholarship is an important—and crowded—field in literary scholarship. To be recognized as being at the top of that field is a very high honor,” Sitter says. “If there were a Nobel Prize for Miltonists, Steve Fallon would be on his way to Stockholm.”

Fallon, the Rev. John J. Cavanaugh, C.S.C., Professor of the Humanities, says the award was a surprise. “To teach a writer as complex and beautiful as Milton is its own reward; to be named among some of the scholars whose work I most admire is humbling.”

Fallon specializes in Milton and early modern literature and intellectual history. He has written two award-winning books on Milton—Milton Among the Philosophers and Milton’s Peculiar Grace: Self-Representation and Authority. He also co-edited Milton’s Complete Poetry and Essential Prose for Modern Library and is working on a book that examines areas of convergence between Milton and Isaac Newton. 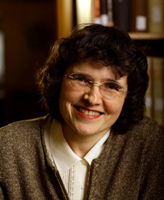 Kerby-Fulton, Notre Dame Professor of English, received the 2010 Haskins Gold Medal from the Medieval Academy of America for her work, Books Under Suspicion: Censorship and Tolerance of Revelatory Writing in Late Medieval England. The award is given annually to a book, published in the previous six years, that is judged to be distinguished in the field of medieval studies.

“Kerby-Fulton’s magnum opus presents a fresh panorama of theology, literature, and history in the age of Chaucer with an originality that promises to have an impact across numerous disciplines within and beyond medieval studies for years to come,” the committee announced in presenting the award.

Books Under Suspicion, published by University of Notre Dame Press, explores censorship and tolerance of controversial revelatory theology in England from 1329 to 1437. The book was also awarded the American Conference on British Studies’ 2007 John Ben Snow Prize.

“The Haskins Medal is an extraordinary recognition of the achievement of a scholar who has in just a few years become absolutely central to Notre Dame’s high place in the world of medieval studies and to our doctoral program,” Sitter notes. 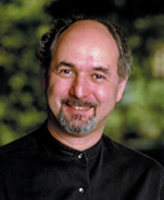 Holland, McMeel Family Professor in Shakespeare Studies, was elected an honorary fellow at Trinity Hall, his alma mater and one of the 31 colleges that comprise the University of Cambridge.

An internationally regarded Shakespearean scholar, Holland describes this accolade from Trinity Hall as “the greatest honor I’ve ever received.

“Part of why it’s so thrilling to be elected an honorary fellow,” he says, “is that you’re elected not by people within your discipline but by a group of people who from any position, any academic background, can see that you have achieved a standing in your discipline that warrants this honor. That’s quite something.”

It’s also a rare achievement. Since Holland enrolled there as a student in 1969, Trinity Hall has only recognized approximately 20 honorary fellows—Stephen Hawking among them.

Holland’s resume includes tenures as director of The Shakespeare Institute in Stratford–upon–Avon and as president of the Shakespeare Association of America, and he is just the fourth editor in the history of the prestigious annual journal Shakespeare Survey. In 2010, Shakespeare’s Globe Theatre also selected Holland to give its annual Sam Wanamaker Fellowship Lecture.