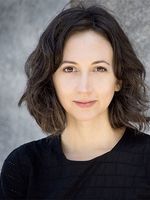 Danielle Dutton’s fiction has appeared in magazines such as Harper’s, BOMB, Fence, and Noon. She is the author of Attempts at a Life,  SPRAW L (a finalist for the Believer Book Award), and the novel Margaret the First. In 2015, Siglio Press released Here Comes Kitty: A Comic Opera, an artist’s book with texts by Dutton and images by Richard Kraft. Dutton holds a PhD from the University of Denver, an MFA from the School of the Art Institute of Chicago, and a BA from the University of California, Santa Cruz. Before joining the faculty at Washington University in St. Louis, she taught in the Jack Kerouac School of Disembodied Poetics at Naropa and was the book designer at Dalkey Archive Press. In 2010, Dutton founded the small press Dorothy, a publishing project, which now offers an internship to one MFA writing student each year.