Read to Live: Miracle and Language

Graham Ward is currently Professor of Contextual Theology and Ethics at the University of Manchester and has recently been appointed as the Regius Professor of Divinity at the University of Oxford. He has published extensively on religion and literature, the theology of language, postmodernism, cultural analysis, Christian social ethics, Christology, political theory, and cultural hermeneutics. His recent publications include True Religion (Blackwell, 2002), Christ and Culture (Blackwell, 2005) and The Politics of Discipleship: Becoming Postmaterial Citizens (Baker Academic, 2009).

Sponsored by a Henkels Lecturer grant through the Institute for Scholarship in the Liberal Arts, the journal Religion and Literature, and the Department of English. Photo courtesy of LindaEkstrom.com 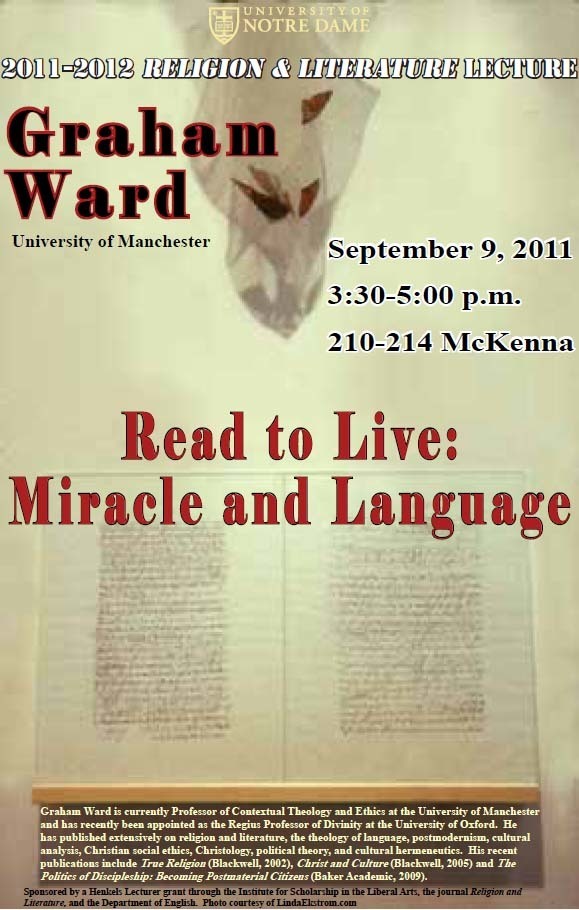