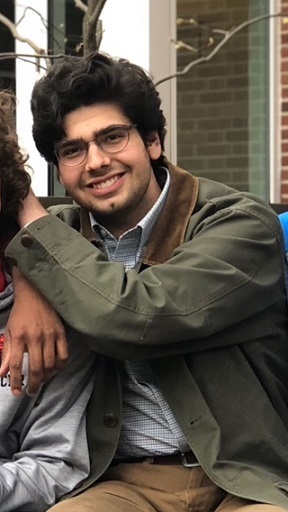 I am an English PhD student specializing in the medieval period.  My interests, though they overlap, are threefold. I study the verse traditions in early English that are characterized by their stress-based, alliterative meters: primarily Anglo-Saxon heroic poetry and later Middle English alliterative Romance, like the work of the Gawain poet.  I also study these metrical traditions with an aim to understand their similarities and differences: between Anglo-Saxon and Alliterative Revival meters, as well as Medieval Latin stress-based meters.  Last I study the scholastic philosophical tradition, both medieval and contemporary, with an aim at applying it systematically to other traditions of literary “theory.”

Presenter with Richard Page: “The Environment of Homorganic Lengthening: Evidence from the Ormulum. Germanic Languages Annual Conference 24, May 2018.

Author of “Nam Virtus Perficitur in Infirmitate: Christian Baptism of the Heroic Tradition and The Battle of Maldon.” Pennsylvania State University Honors Thesis.  May 2019. https://honors.libraries.psu.edu/files/final_submissions/5458