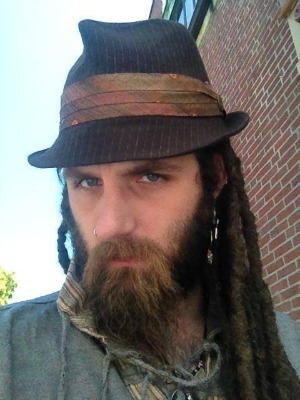 Profile
Richard Fahey specializes in Anglo-Saxon literature and is interested in the relationship between Old English, Old Norse and Anglo-Latin literary traditions. While at the University of Notre Dame, Richard has taught courses through both the English Department (a medieval-focused survey course titled "Medieval Monstrosity and the Modern Imaginary") and Writing and Rhetoric Department (two multimedia sections titled "A Way with Words: Media, Rhetoric and Research"). Richard is interested in characterizations of heroes and monsters, especially in Beowulf and Prudentius' Psychomachia. Richard is a contributor to Notre Dame’s Medieval Studies Research Blog, and he is the editor and major contributor for the “North Seas” series, including two recent pieces which place Beowulf in conversation with current immigration policies and anti-media rhetoric. Richard is also the editor for a project featuring medieval translations and recitations, called The Medieval Poetry Project. Richard has two forthcoming publications, "Teaching the Beowulf-monsters" (in A Practical Guide to Beowulf) and "Decoding gerûni: Runic sacramenta in the Old Saxon Heliand" (in Old English and Germanic Continental Literature). In addition to his studies, Richard is currently working on an avant-garde theatre project titled Monsterbane, which is a modern and multimedia rendition of Beowulf., and the first act "Grendelkin" debuted at the University of Notre Dame in 2017.