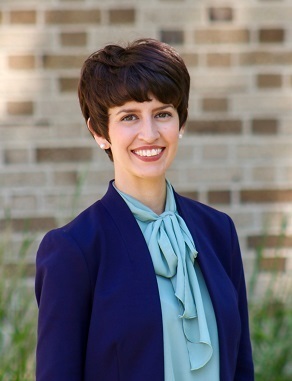 Her dissertation is entitled “The Deliberative Moment: Rhetoric and Propaganda on the Early Modern English Stage.” It reexamines the early modern public theater as an emergent form of mass media, explaining how playwrights drew on their rhetorical training to navigate the opportunities and the dangers of the public theater as they grew increasingly conscious of its status as mass entertainment. Combining historical research on early modern rhetoric with a transhistorical focus on mass media forms, Emily considers how dramatists like Marlowe, Shakespeare, and Jonson explore the function of the public theater, thus expanding our own notions of its function. She argues in particular that these dramatists sought to transform the theater into a site of rhetorical and political education, one that would inculcate deliberative habits of mind in its audience members and create a citizenry resistant to indoctrination. Even as they celebrate the value of deliberation and debate, however, early modern dramatists also recognize that their rhetorical methods might be appropriated for political agitprop or otherwise authoritarian forms of political education. These playwrights explore the tensions—present in both the humanist rhetorical tradition and the public theater—between education and indoctrination, persuasion and coercion. Focusing on early modern rhetoric and mass media allow us to see how Shakespeare and his contemporaries wrestled with the function of the public theater, a medium that, like rhetoric itself, could be used to facilitate both collaborative, deliberative inquiry and the dissemination of propaganda.

Publications
“Reading Shakespeare in a time of plague: Troilus and Cressida – portrait of a diseased body politic.” Public Seminar, May 2020.