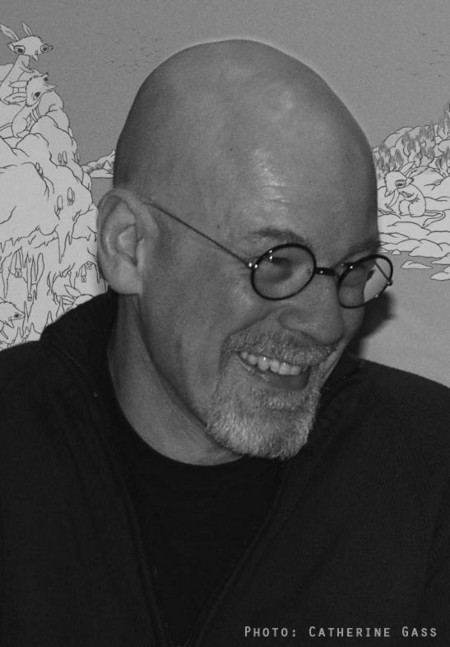 Steve Tomasula is author of the novels VAS: An Opera in Flatland (University of Chicago Press); The Book of Portraiture (University of Alabama Press/FC2); IN & OZ (University of Chicago Press); and TOC: A New-Media Novel (University of Alabama Press/FC2 and App for iPad). Over fifty of his short stories have been in magazines like Bomb, McSweeneys, and The Iowa Review. A number are collected in Once Human: Stories. Critical essays on art and literature have been published internationally in journals including Leonardo, Kunstforum (Germany), and Circa (Ireland), while his essays and fiction have been included in anthologies such as Musing the Mosaic (SUNY); Data Made Flesh: Embodying Information (Routledge); Forms at War (University of Alabama Press); Not Normal, Illinois (Indiana University Press); and The Year’s Best SF (NY: Harper Collins). He has given featured readings or keynote addresses at the Universite Paris Sorbonne; The Bowery Poetry Club; KGB, Shakespeare & Company; The Library of Congress; The University of California San Diego; Brown University, and other venues. Incorporating narrative forms of all kinds—from comic books, travelogues, journalism or code to Hong Kong action movies or science reports—Tomasula’s writing has been called a ‘reinvention of the novel,’ crossing visual, as well as written genres, and drawing from science and the arts to take up themes of representation, especially how people picture each other through the languages they use. He is currently writing a novel, Ascension, which traces our relationship to nature through our depictions of it—from naturalist sketchbook to folders of genetic information. He is also editing HERE•NOW: The Anthology of Prose, Poetry, Found, Visual, E- & Other Hybrid Writings as Contemporary, Conceptual Art (U of Alabama Press).

Recent and Forthcoming Fiction and Essays