Stephen Fredman had a year worth celebrating in 2010.  He published two books:  a cultural history of mid-twentieth century American poetry and the arts entitled Contextual Practice: Assemblage and the Erotic in Postwar Poetry and Art (Stanford University Press); and a collection on the poet Robert Creeley, Form, Power, and Person in Robert Creeley’s Life and Work (University of Iowa Press), which he edited with Steve McCaffery. Fredman also was instrumental in the purchase by Notre Dame’s Special Collections of Creeley’s working library, filled with beautiful artist’s books on which he collaborated and other editions of his own work and that of his extensive cohort.

Fredman has devoted his career as a scholar and teacher of modern American poetry to answering one central question:  What makes American poetry different from other world poetries?  A longtime member of the English faculty at Notre Dame, Fredman has written four books and edited two collections on American poetry that address this question in a variety of ways.  While poets read and react to poetry from all over, they may find their own nation asking persistent questions to which they need to respond. American poets face particular challenges that arise from the distinctive history and cultural diversity of the United States.

America, it has often been noted, is above all an idea.  People came here often as an act of self-exile, leaving behind long traditions that had sustained them in their countries of origin, in order to realize their desire for freedom.  What consequences for poetry flow, Fredman asks, from this abandonment of tradition? Another factor to consider is that the arts in America achieved cultural maturity relatively recently and lack a clear place and stable role in American society.  These two factors – the lack of an established tradition and the uncertain value attached to the arts – create a sense of instability and even crisis that leads poets to consider some fundamental questions:  How can I address the shifting, heterogeneous cultural situation?  Are the previous generation’s solutions to this problem usable?  And even, is there value in being a poet in America?

Fredman lays out the problem of groundlessness in American poetry most fully in his second book, The Grounding of American Poetry:  Charles Olson and the Emersonian Tradition (1993), where he shows how five twentieth-century American poets looked to Transcendentalist precursors to negotiate the paradox of grounding their work in groundlessness.  Like the Founding Fathers, they sought precedents  for their experiments even as they made something utterly new.  Ralph Waldo Emerson looms large in Fredman’s work as a thinker who took the central political concepts of the American founding and translated them into the literary terms that enable American poetry.

Contextual Practice takes a somewhat different approach while extending the themes animating Fredman’s earlier work.  Here he focuses on the dark period following the Second World War, when poets looked to their everyday contexts for inspiration, assembling new realities out of fragments of a broken world.   Fredman highlights the role of the body and describes the relationship between this creative moment and the emerging counterculture.  Already his new book is receiving warm reviews that praise its inventiveness and explanatory power.

He is currently at work on a new project that he conceives as a second volume to his first book on Poets Prose (1983).  Tentatively titled Prose/Poetry:  American Writing at the Crossroads, the book will focus on the last thirty years of American poetry and the merging of poetry with prose.  Fredman notes that generic distinctions have become less salient as gender, ethnicity, and new media have become increasingly important to the literary scene.

For more information about his publications, see Fredman’s web page at:  http://english.nd.edu/faculty/profiles/fredman/ 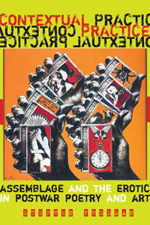 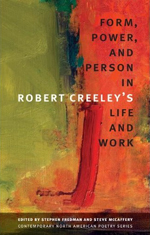