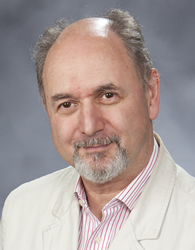 Professor Peter Holland has been named one of the general editors of The Arden Shakespeare (fourth series), along with Zachary Lesser (University of Pennsylvania) and Tiffany Stern (Oxford University).

In 1899, Edward Dowden’s edition of Hamlet was published, the first ever volume in the Arden Shakespeare series. Rapidly, Arden became established as the most prestigious of all Shakespeare editions for the quality of its editing and the authority of its extensive commentary and introductions. Now, as the third series of Arden editions nears completion, 20 years after it began publication, it is time to start all over again. Bloomsbury Academic, now Arden’s publishers, have begun the process of planning and commissioning the Arden fourth series by appointing Holland, Lesser, and Stern as general editors for the series. The general editors' first task over the months and years ahead will be to imagine what a Shakespeare edition for the twenty-first century will be like--not least in terms of its online version as well as print publication. The first volumes will appear in the 2020s and the whole should be finished about a quarter century from now!

Professor Holland is the McMeel Family Professor in Shakespeare Studies in the Department of Film, Television, and Theatre; Concurrent Professor of English; and Associate Dean for the Arts in the College of Arts and Letters. Visit the Arden Shakespeare website here.