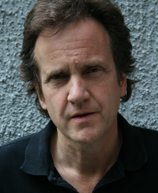 In recognition of his work as a scholar and teacher, the College of Arts and Letters at the University of Notre Dame has named Jim Collins, professor in the Department of Film, Television and Theatre (FTT), the 2010 Sheedy Excellence in Teaching Award winner.

“The Sheedy award is the highest award the College can give to a faculty member for their work as a teacher,” says John T. McGreevy, I.A. O’Shaughnessy Dean of the College. “The award recognizes Collins’ unusually wide-ranging influence as a teacher: with undergraduates and graduate students in their course work and thesis and dissertation projects, and with faculty members in the popular course he teaches each summer on pedagogy and film. Few of the College’s teachers can claim such a range, with instruction of such high quality.”

The Sheedy award was founded in 1970 in honor of Rev. Charles E. Sheedy, C.S.C., who served as dean of the College from 1951 to 1969, and acknowledges a faculty member who has sustained excellence in research and instruction over a wide range of courses. This individual must also motivate and enrich students using innovative and creative teaching methods and influence teaching and learning within the department, College and University.

Collins says he tries to create a learning environment that draws students into conversation and inspires them to continue their discussions outside the classroom.

“I encourage my students to really interrogate their relationship with the media-saturated world that surrounds them,” he says. “When you introduce different ways of looking critically at what seems so familiar, a kind of pedagogical spontaneous combustion can occur—and it’s those golden moments that are the most rewarding. I have no interest at all in simply downloading information.”

Don Crafton, chair of FTT, says Collins is well deserving of this honor because of his “impeccable” teaching credentials. “The kudos for Collins that our office receives have a consistent leitmotif: He makes difficult matter comprehensible and useful without dumbing it down or patronizing the students.”

A concurrent professor of English, Collins specializes in film and television theory, film history, popular cultural and postmodernism. He received his bachelor’s and doctoral degrees from the University of Iowa and has been a member of the Notre Dame faculty since 1985.

Collins is author of “Architecture of Excess: Cultural Life in the Information Age” (1995) and “Uncommon Cultures: Popular Culture and Postmodernism” (1989), editor of “Hi-Pop: Making Culture into Popular Entertainment” (2002), and co-editor of “Film Theory Goes to the Movies” (1993). His most recent book, “Bring on the Books for Everybody: How Literary Culture Became Popular Culture,” was released last month.

Collins says he “was utterly delighted and deeply humbled” when he found out he was named this year’s Sheedy winner. “I’ve gotten to know many previous Sheedy award winners over the years, and I know what masterful teachers they all are,” he says. “Being in their company is simply overwhelming.”

Originally published by Joanna Basile at newsinfo.nd.edu on June 14, 2010.