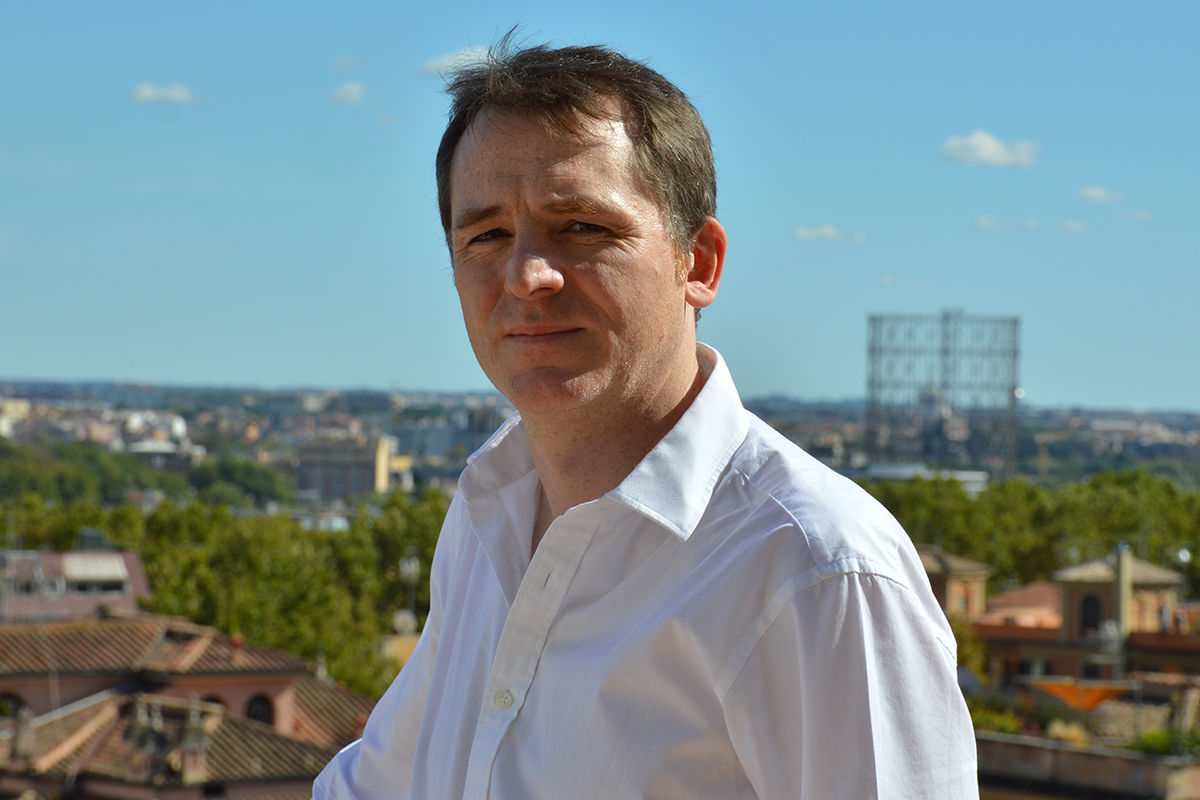 Barry McCrea, the Donald R. Keough Family Professor of Irish Studies and a professor of English.

Barry McCrea — the Donald R. Keough Family Professor of Irish Studies and a professor of English, Irish language and literature, and Romance languages and literatures — has been awarded a prestigious fellowship from the Princeton University Humanities Council.

McCrea will spend the spring 2018 semester at Princeton as a visiting professor in the Humanities Council and the Faber Fellow in Comparative Literature. While there, he will continue work on his upcoming novel, tentatively titled Thorn Island, and will teach an advanced literature course to a mix of undergraduate and graduate students.

“The thing about writing, especially writing a very long novel as I am, is that you really need to get a rhythm,” McCrea said. “And it’s difficult to do that unless you have the time. So this fellowship is going to allow me to really go as deep as possible into this project and into the world of the novel in a way I wouldn’t be able to do otherwise.”

The fellowship is particularly meaningful, McCrea said, because he received his Ph.D. from Princeton.

“The first time I ever set foot in the United States was when I arrived at Princeton for my Ph.D. program — and that was 20 years ago in September,” said McCrea, a native of Ireland. “It’s gratifying exactly 20 years later to go back.” 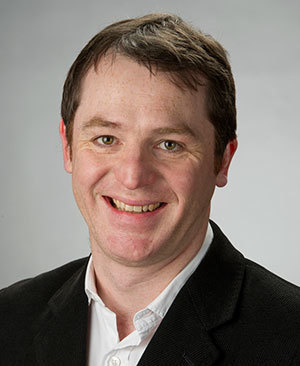 Faculty in Princeton’s Department of Comparative Literature nominated McCrea for the fellowship, and he was then selected to receive the award by the Humanities Council.

McCrea was nominated, in part, because of his most recent book, Languages of the Night: Minor Languages and the Literary Imagination in Twentieth-Century Ireland and Europe (Yale University Press, 2015), which won the 2016 René Wellek Prize from the American Comparative Literature Association. The Wellek Prize is generally considered to be the most prestigious award in the field of literary studies.

Languages of the Night explores how the decline of rural languages and dialects in 20th-century Europe shaped ideas about language and literature and exerted a powerful influence on literary modernism.

“If you were to travel through the European countryside in the early 19th century — or in many places, much later than that — you would hear the language change around you every couple miles,” McCrea said. “And somewhere between the middle of the 19th century and World War II, that changed completely.

“Populations across Europe abandoned the local languages they had always spoken and started to use these huge, transregional, metropolitan languages instead — standard English, French, Italian, and German that had only been spoken in big cities or by the upper classes became the language of everyone.”

McCrea maintains that this shift changed the way people felt and thought about language and what an individual’s connection to language is. In his book, he looks at authors whose work he sees as “haunted by these disappearing languages” — including James Joyce in Ireland and Marcel Proust in France.

“I think that as these languages — including Irish — began to vanish, they became carriers for all kinds of longings, yearnings, and dreams that have nothing to do with the languages themselves,” he said. “Their disappearance became a sort of placeholder for other bigger, stranger feelings.”

“When we globalize our view of world culture, people often use the term ‘Europe’ as though it is one big thing, for example,” he said. “And that really reduces Europe to a handful of big languages and major cities. Whereas, in fact, that’s only a small slice of the cultural and linguistic life of Europe.

“It’s always important not to let the loudest voices drown out the quieter ones.”

“I think that as these languages — including Irish — began to vanish, they became carriers for all kinds of longings, yearnings, and dreams that have nothing to do with the languages themselves. Their disappearance became a sort of placeholder for other bigger, stranger feelings.”

Although McCrea did not start his current project thinking it would be influenced by Languages of the Night, he now realizes it has been.

The two-part novel follows the inhabitants of a street in Dublin from the early 1980s to the present and is set in a variety of places, including the U.S. and France. The plot follows the ancient Irish legend of Ossian in the land of the Ever-Young. 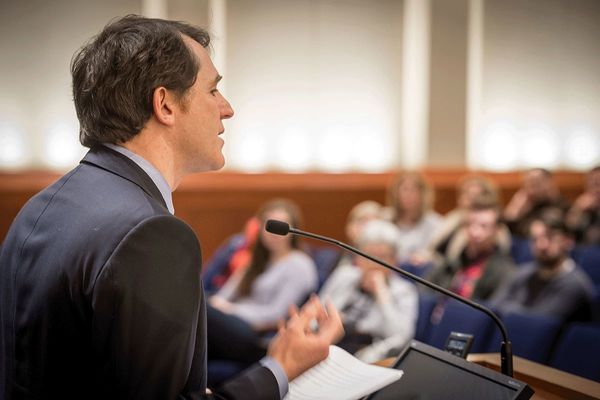 McCrea was inspired to write it after a visit to his hometown, a village just outside Dublin, led him again to consider themes of transformation and modernization.

“I was thinking about how much my hometown had changed, and at the same time, how much it hadn’t,” he said. “And I wanted to find a way to talk about that — how globalization and everything that has happened in the world in the last 25 years have utterly transformed some things and left other things exactly the same.

One of the things that drives novelists, McCrea said, is the desire to narrate their own generation. He sees his generation — in Europe and in the U.S. — as “a kind of forgotten middle child,” squeezed between the baby boomers and the millennials.

“In Ireland, we were deeply formed by Ireland’s participation in the European Union, with a strong sense of European identity,” he said. “We came of age in an Ireland which was one of the poorest countries in western Europe, then saw it become one of the richest and then fall apart again after the 2008 crash.

“I wanted to tell the story of my generation, connected to the traditional, often rural life of our parents as well as to the post-internet society of the millennials.”

While continuing his research for the novel at Princeton, McCrea will also teach a course titled Class, Desire, and the Novel.

McCrea, a faculty fellow at the Keough-Naughton Institute for Irish Studies, is the author of two other scholarly works, Minor Languages and the Modern Literary Imagination and In the Company of Strangers: Narrative and Family in Dickens, Conan Doyle, Joyce and Proust, as well as a novel, The First Verse, which won the 2006 Ferro-Grumley Prize for fiction.

The fellowship, he said, is an opportunity to build connections with his fellow writers, artists, and scholars in the Humanities Council.

“Just being away in a different scholarly community changes your way of thinking about teaching and research,” he said. “It’s always a way to grow as a scholar and a teacher. I won’t come back the same professor that I left.”

Originally published by Carrie Gates at al.nd.edu on October 26, 2017.