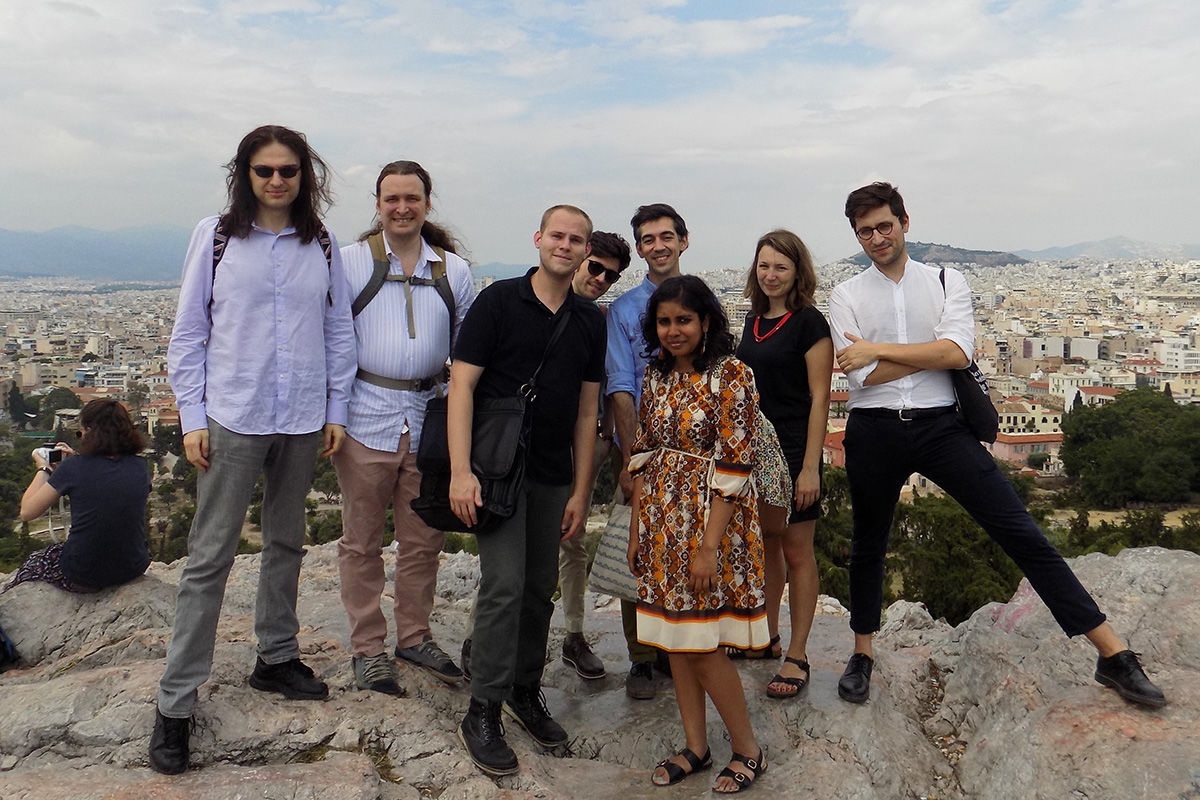 Four students in Notre Dame’s Ph.D. in English program gathered in Athens, Greece, this summer with scholars from across the globe to step outside their respective specialties and consider some of the big ideas and enduring questions in the humanities.

The retreat was sponsored by the International Network for Comparative Humanities (INCH), an interdisciplinary group of literary scholars from across the U.S. and Europe dedicated to promoting comparative study.

Co-directed by Notre Dame professor Barry McCrea and Maria DiBattista of Princeton University, the organization seeks to develop a new model for networking and scholarly collaboration in the humanities — one that stresses the importance of collaboration across generational, national, and institutional boundaries.

“The key idea of INCH is that the participants are all from different fields and they work in different centuries and periods and languages,” said McCrea, the Donald R. Keough Family Professor of Irish Studies and a professor of English, Romance languages and literatures, and Irish language and literature. “It’s an opportunity to engage in a non-specialist conversation, because micro-specialization is a real problem that can dog humanities scholarship.”

The key idea of INCH is that the participants are all from different fields and they work in different centuries and periods and languages. It’s an opportunity to engage in a non-specialist conversation.” 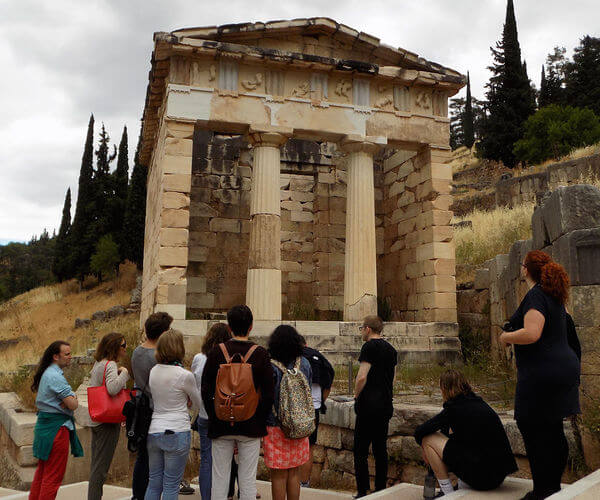 Participants at the Athenian treasury at Delphi

INCH retreats are held every year in a new location and explore a major theme — such as emotions or transformation — using texts that reflect the literature and traditions of the host country. Graduate students can apply by submitting a CV and writing sample and are selected to participate by a committee of professors. Participants stay in the network for the long term, ensuring that the relationships built in INCH are deep and lasting.

The consortium is extremely valuable for emerging scholars, McCrea said.

“It not only allows them to join a very solid network around the world, but it also reminds them of why they wanted to become scholars in the first place,” he said.

“When you’re focused on publication or the job market or your dissertation, it’s easy to forget the intense excitement of intellectual dialogue based in texts or the shared conversations you can have. It brings them back to the original reasons they wanted to study the humanities.”

The following are reflections from the four Notre Dame students selected for the 2017 gathering in Athens. Wharton received her Ph.D. from Notre Dame in August and has been awarded a Mellon postdoctoral fellowship through the College of Arts and Letters’ 5+1 Program, through which she will spend a year at the American Historical Association.

I’ve participated in INCH since autumn 2013, and the experience of working with scholars from such different national and linguistic contexts has shaped the way I form research questions and helped me articulate and clarify certain assumptions I bring to the field of modernist studies.

The enterprise is unlike any housed within a single institution. Our workshops bring the most senior faculty together with emergent intellectuals as we present, debate, socialize and generally collaborate in the most significant sense. And one of the perennial delights of INCH is that our directors always surprise us with works that are new to the majority of our community.

Maria DiBattista, the co-director of INCH, even agreed early on to join my dissertation committee and has become my role model in many respects. I’ve made some of my most significant friendships in academia through INCH.

INCH ensures that otherwise-atomized graduate researchers preserve a commitment to enlightened critical and human difference in their professional lives as well as in their published work, and any truly comparative project would be immeasurably enriched by participation in it. Given current political tensions across the globe, this year’s INCH retreat on the theme of political transformation couldn’t have been more relevant. One of the strengths of work in the humanities is the way in which it encourages people to imagine the world in otherwise unprecedented ways.

What I find exciting and interesting about INCH and what drew me to participate in the consortium is the fact that it brings together a group of scholars from diverse regions of the globe for the express purpose of discussing urgent issues like political transformation through the lens of literature and from varying cultural perspectives.

Participating in INCH has been one of the most rewarding experiences of my time at Notre Dame. The retreat allows me to continue to explore and develop my knowledge of European works from a comparative perspective and in tandem with highly intelligent, innovative, and generous scholars from around the globe.

The discussions I have had through INCH have consistently helped me refine and develop my comparative dissertation research on Irish, Australian, and New Zealand drama. I have no doubt that I’ll continue to participate during my time at Notre Dame and beyond. 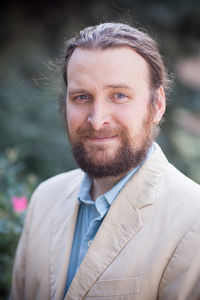 The retreat in Athens was a continuation of a series of INCH workshops on transformation. In the previous session, we focused on physical transformation, and it was interesting to see how the threads of conversation on the theme developed when viewed through a more metaphorical lens.

I have enjoyed how the retreats partially immerse one in the particular culture of the space we meet in by including at least one text from the culture and pairing the textual experience with an exploration of the material culture of the space through planned excursions.

As I spend much of my time reading 20th-century texts, I appreciate the retreat’s broad historical range, which encourages me to form connections across vast temporal periods. Doing so has helped me better contextualize my own historical period.

The INCH retreats have introduced greater historical breadth to my work and helped me to better place the texts I study in conversation with those from earlier periods. I really value the way the retreats break down traditional historical boundaries and reveal a more robust chain of continuity between centuries. 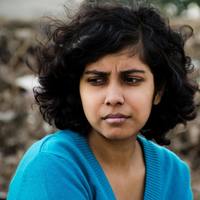 I study 20th-century Anglo-Irish literature, with a specific focus on modernist literature. I became interested in the INCH consortium because it enables me to situate modernism in a wider, transcultural context of comparative literature. This perspective will be very helpful for me as I outline my dissertation prospectus and as I continue my research.

At this year’s retreat in Athens, we traced how the theme of political transformation operates in literature from diverse historical periods, and that allowed me to understand crucial aspects of modernity. And the opportunity to discuss the prescribed texts with scholars from various European and U.S. universities also exposed me to intriguing interpretations of them I would not have encountered without INCH.

I am already looking forward to the next retreat. It is a valuable experience for anyone working in modern and contemporary literature.

Originally published by Carrie Gates at al.nd.edu on September 25, 2017.