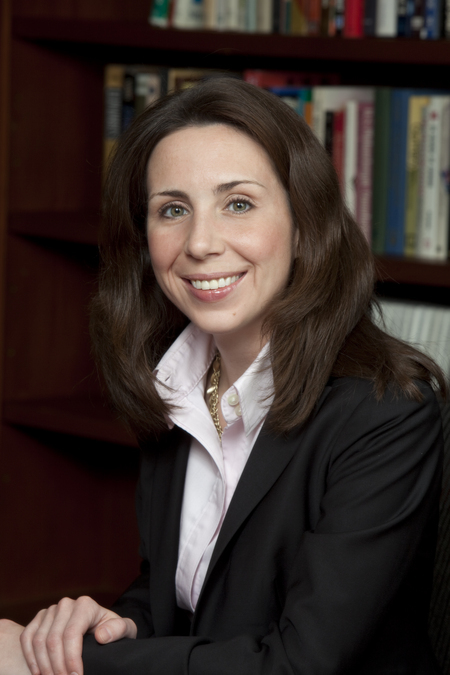 CAMBRIDGE, Mass. – Heather Treseler has been named a visiting scholar at the American Academy of Arts and Sciences and will spend the 2010-2011 academic year working on Lyric Letters: the American Epistolary Poem, 1945-1985.

Lyric Lettersis a study of American poets’ assimilation of epistolary conventions as a coded means of witnessing to war and the ways of empire, as an extension of psychoanalytic narration, and as a vehicle for queer or threatened intimacies in the Cold War.

Treseler received a Ph.D. from the University of Notre Dame and a B. A. from Brown University.

She is one of seven awarded fellowships this year as part of the Academy’s Visiting Scholars program, which supports scholars and practitioners in the early stages of their careers – both post-doctoral fellows and untenured junior faculty – who show potential of becoming leaders in the humanities, policy studies, and social sciences.

“Fellowships in the humanities and social sciences are limited,” noted Academy President Leslie Berlowitz. “Our experience shows that these types of fellowships can be a significant factor in developing the careers of new scholars.”

The Academy fellowships combine the scholars’ individual research with participation in the many ongoing programs and activities at the Academy, including the opportunity to interact with Academy Fellows, who bring an unparalleled wealth of knowledge from diverse scholarly and professional backgrounds.

Launched in 2002, the Visiting Scholars Program is chaired by Patricia Meyer Spacks, formerPresident of the Academy and Edgar F. Shannon Professor of English Emerita, University of Virginia.

During the program’s first seven years, 59 emerging academic leaders have participated. They have gone on to secure teaching and research positions at Columbia, Harvard, Northwestern, Yale, Case Western Reserve, and Boston universities, among others, and have used their residency at the Academy to complete more than 70 books and numerous articles.

Guidelines and application forms for the 2011-2012 Visiting Scholars Program are available on the Academy’s website: www.amacad.org.

The Academy’s University Affiliates, 53 colleges and universities from throughout the country, provide support and guidance for the Visiting Scholars Program.  Grants from The Annenberg Foundation, The Cabot Family Charitable Trust, The Virginia Wellington Cabot Foundation, The Haar Family Endowment, Jerusalem Foundation, The Carl and Lily Pforzheimer Foundation, and The National Endowment for the Humanities also provide funding for the program.

Founded in 1780, the American Academy of Arts and Sciences is an independent policy research center that conducts multidisciplinary studies of complex and emerging problems. Current Academy research focuses on: science, global security and technology policy; social policy; the humanities and culture; and education. With headquarters in Cambridge, Massachusetts, the Academy’s work is advanced by its 4,600 elected members, who are leaders in the academic disciplines, the arts, business and public affairs from around the world.