The ACLS, a private, nonprofit federation of 70 national scholarly organizations, is dedicated to “the advancement of humanistic studies in all fields of learning in the humanities and the social sciences.”

The goal of the ACLS Fellowship program is to help scholars devote six to 12 continuous months to full-time research and writing so that they can produce a major piece of scholarly work. The Mellon/ACLS Dissertation Completion Fellowships provides graduate students a year of supported research and writing in the final stage of a Ph.D. program. 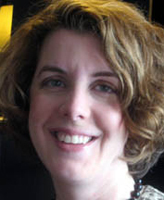 ACLS Fellow Monta’s current book project, Sacred Echoes: Repetitive Prayer in Reformation-Era Poetics, examines the devotional and aesthetic uses of repetition in early modern prayer, poetry, and rhetoric. With her research, she argues that contestations over repetitive devotions illuminate early modern understandings of the nature of authentic prayer, the boundaries and character of Catholicism, the recuperation or rejection of the religious past, and literary creativity itself.

“One of the things that reformers attacked about Catholic prayer was what they called ‘mindless repetition,’ such as saying the rosary,” she says. “But there are a number of figures, both Catholic and Protestant, who use resources such as rhetorical handbooks, defenses of prescribed liturgies, and formulaic prayers to craft poetry in which repetition is not deadening but instead may indicate, for example, intensity of emotion or even, paradoxically enough, spiritual progress.”

In addition to the ACLS Fellowship, Monta received a sabbatical fellowship from the American Philosophical Association to continue work on the project during the 2011-2012 academic year.

Monta specializes in the relationships between Reformation-era religious changes and literary culture. She edits the journal Religion and Literature and was recently elected to a five-year term on the executive committee of the Modern Language Association Literature and Religion Division.

She also leads the literature working group for Religion Across the Disciplines, a four-year, international project housed at Notre Dame that is studying the influence of religious knowledge in history, international relations, literature, music, and sociology—and the influence those fields have on religion itself. 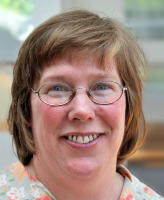 Zieman’s ACLS Fellowship supports her scholarship on the works of Richard Rolle, a 14th century Yorkshire hermit who wrote devotional treatises and biblical commentary in both Latin and English. She is using her research to write a book called Richard Rolle and His Readers: Defining the Literary in the Fifteenth Century.

“My examination of the late medieval popularity of Rolle’s writings seeks to place the proliferation of religious writing in the 15th century in dialogue with the canonization of Geoffrey Chaucer as a writer of imaginative fiction,” Zieman says. “I am exploring what we count as ‘literature’ and what function writing serves in different cultures.”

Zieman’s research on Rolle is also supported by fellowships from the Huntington Library and the National Humanities Center in North Carolina, where she is spending the 2010-2011 academic year.

A specialist in late medieval English literature and culture, she is the author of a 2008 book, Singing the New Song: Literacy, Liturgy, and Literature in Late Medieval England, which explores the intersections of these issues in the late 14th century.

Fox was awarded a Mellon/ACLS Dissertation Completion Fellowship for “Mind, Body, Soul and Self in the Alfredian Translations,” in which she explores issues of identity in Old English translations of works such as Gregory the Great’s Pastoral Rule, Augustine’s Soliloquies, and Boethius’ Consolation of Philosophy—a Latin text that was extremely influential in medieval thought.

Her research examines what these differences reveal about how Anglo-Saxons thought about the practice of translation as well as the sorts of concepts that concerned them.

“Very early writing, like the materials I’m looking at, tends to be ignored when scholars think about questions of identity, individuality, and selfhood,” she says. “So I am very interested in getting these Old English texts inserted into that conversation.”