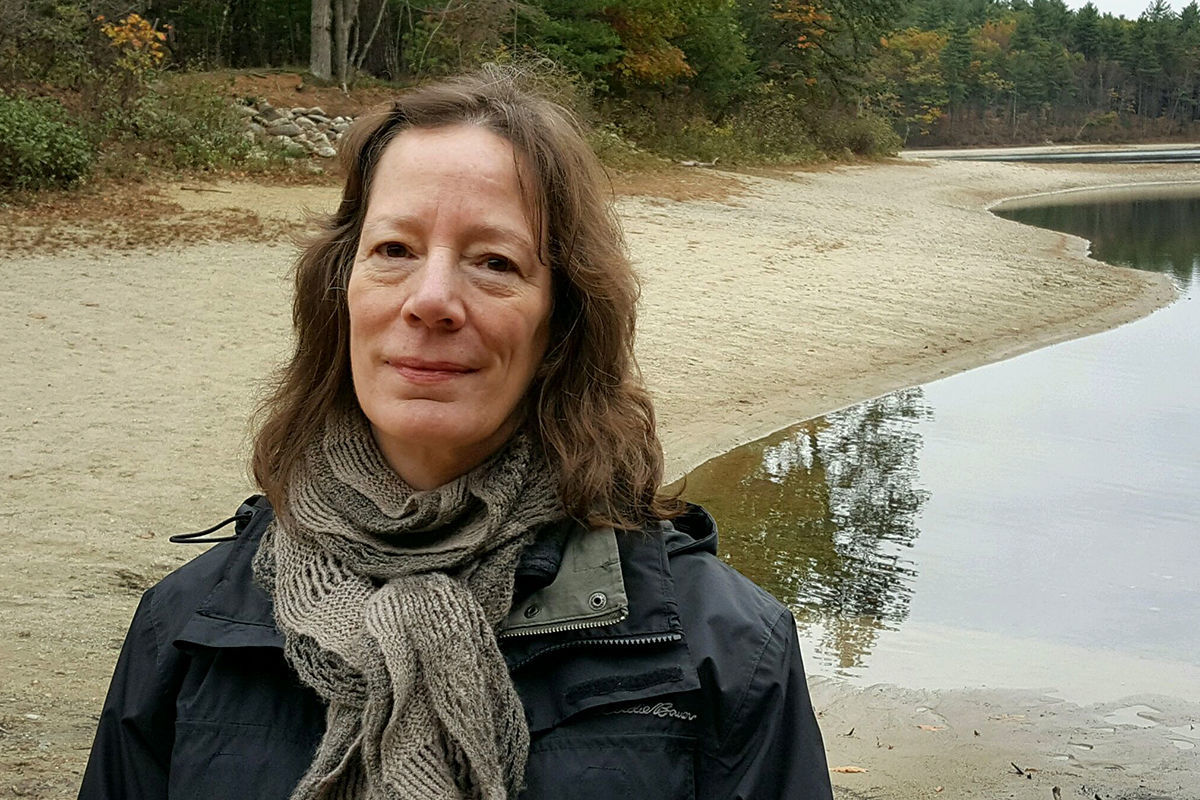 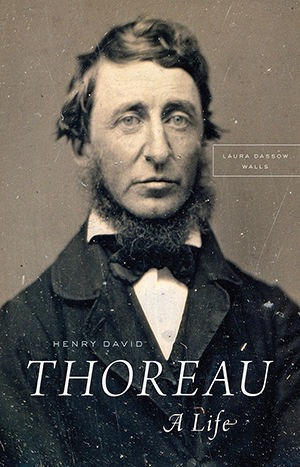 We need Thoreau now more than ever.

Laura Dassow Walls has heard those words over and over from people as she talks about her new biography, Henry David Thoreau: A Life.

Walls — the William P. and Hazel B. White Professor of English — says that’s in part because Thoreau, in the midst of tumultuous times, advocated for and modeled a way to live purposefully and joyfully, through both social activism and a deep connection to nature.

“What I’ve said for many years is that Thoreau is one of us. He’s as American as it gets,” she said. “On some really deep level, he’s built into our cultural genome. I wanted to resurrect that figure of Thoreau and show how he’s alive now, in us. And he wants that life because it’s exactly what he’s about — finding a more vital way to live individually and collectively.”

The tremendous success of the book — published this summer to coincide with the 200th anniversary of his birth — is further evidence that Thoreau continues to resonate today.

The first edition sold out even before the official publication date of July 12, 2017, Thoreau’s 200th birthday. And Walls has been interviewed by NPR and the BBC, along with receiving positive book reviews from The New York Times, The Washington Post, The Chronicle of Higher Education, and The Wall Street Journal.

“Laura’s book is quite remarkable, and it’s been exciting to see it getting such a wonderful reception,” said John T. McGreevy, the I.A. O’Shaughnessy Dean of the College of Arts and Letters. “It’s certainly gotten more attention than any book of ours in recent memory.”

Laura’s book is quite remarkable, and it’s been exciting to see it getting such a wonderful reception. It’s certainly gotten more attention than any book of ours in recent memory.”

— John T. McGreevy, the I.A. O’Shaughnessy Dean of the College of Arts and Letters

‘The Thoreau I know’

Walls began working on the book in 2010, with support from a Guggenheim Fellowship, and received a fellowship from the National Endowment for the Humanities in 2015 to complete the project.

She was inspired to write the book — the first comprehensive biography of Thoreau to be published since 1965 — because “the Thoreau I sought wasn’t in any book.”

While many still see Thoreau as a hermit and misanthrope living alone in the wilderness, she said, that’s a very distorted version of who he is.

“From all the years of work I’ve done with Thoreau, I learned very little of that is true,” Walls said. “And still, it pervades the popular imagination. Scholars in the field have long known that there is a very different and much more historically accurate Thoreau.”

Perhaps earlier generations needed the story of Thoreau as a religious seeker on a solitary quest, Walls suggested. And recognizing that, Thoreau allowed it to become a part of his public identity, building on his original vision to pursue an individual, devotional path.

“But to him, a big part of that path is to bring back what you’ve learned,” she said. “And I don’t know why that second part drops out — because that is clearly, for Thoreau, the most vital part of all. He returned to town bringing with him all he’d learned, and he deepened his involvement with his community. And maybe that’s the story we need to be hearing right now.”

After completing and publishing Walden while living in town, Thoreau feels a sense of accomplishment — and a wonderful sense of relaxation and enjoyment of life, Walls said.

“He’s ill for a while after Walden comes out, and his sense of interdependency on his family and friends matures during that time,” she said. “As he recovers, he connects more deeply with people and becomes more active in town affairs. He’s already the town surveyor, which earns him a great deal of respect. He’s also traveling and giving lectures, and speaking out on controversial topics, challenging the status quo. That’s the Thoreau I know.” 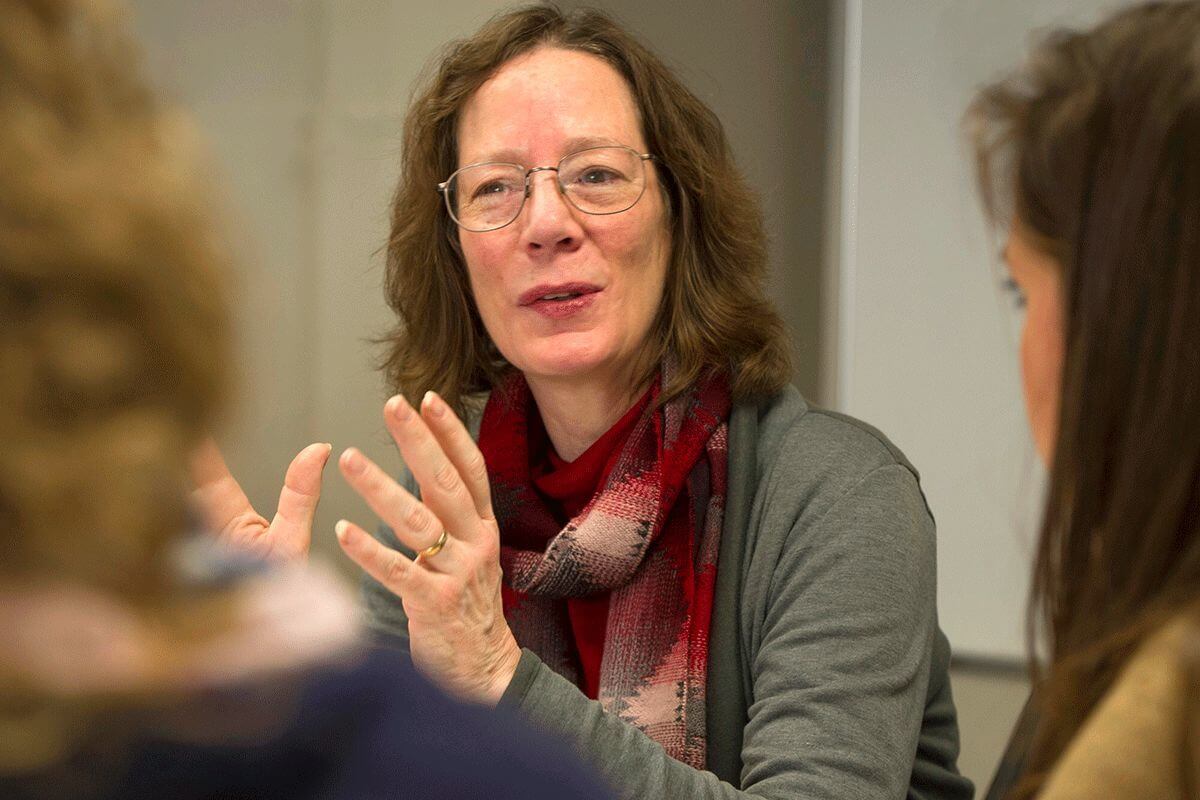 Walls in the classroom.

‘Something deeper and older’

This was a good moment to revisit who Thoreau was, Walls said, because many new sources that were not available in the 1960s have since surfaced — and many attitudes have changed. A previous biography, for example, was very hostile toward the women in Thoreau’s family.

“When I was doing research, I discovered what strong, innovative leaders the women in his family were — and not just one or two, but all of them,” she said. “They clearly inspired and influenced Thoreau, particularly his abolitionism.”

Walls was also surprised to discover how far back Thoreau’s interest in abolitionism went. It can be traced back even to his teenage years, starting with his early fascination with Native American cultures and his awareness of their exclusion.

Walls believes his opposition to slavery is part of what drove Thoreau to Walden Pond. He was frustrated by pre-Civil War events, along with the newspapers that took false or loaded stances on them. One of his purposes in going to Walden was to clarify in his own mind the true grounds for an independent ethical stance — how to become a leader, not merely a follower.

“He states quite clearly in Walden, ‘I went to the woods because I wished to live deliberately, to front only the essential facts of life,’” Walls said. “He has a long paragraph on pushing through ‘the mud and slush of opinion, and prejudice, and tradition, and delusion, and appearance,’ to find ‘a hard bottom and rocks in place,’ a reality on which to base an ethical life.”

That advice is just as important today, she said.

“Sometimes you need to ground yourself and leave the voices behind for a bit — turn off the computer, the cell phone, the TV — and really think carefully through what the foundation for truth and ethical action would be,” Walls said. “Thoreau says there has to be something deeper and older than this current froth, and he comes away from Walden feeling that he has found it — and he urges us to pursue a similar kind of quest.”

Sometimes you need to ground yourself and leave the voices behind for a bit and really think carefully through what the foundation for truth and ethical action would be. Thoreau says there has to be something deeper and older than this current froth, and he comes away from Walden feeling that he has found it — and he urges us to pursue a similar kind of quest.”

‘This has changed me forever’

Walls said Thoreau has had a profound influence on her own life. In fact, it was a fascination with him that inspired her to leave a position in the corporate world and pursue a Ph.D.

“With Thoreau in mind, I decided to quit and attend graduate school,” she said. “I wanted to understand him and to think more carefully about the whole environment in which he and others wrote — this period before the Civil War, when transcendentalism flourished. And my career unfolded from there.”

She has written numerous articles on Thoreau, Emerson, and American transcendentalism, and she is the author of The Passage to Cosmos: Alexander von Humboldt and the Shaping of America, Seeing New Worlds: Henry David Thoreau and Nineteenth-Century Natural Science, Emerson’s Life in Science: The Culture of Truth, and a co-editor of The Oxford Handbook of Transcendentalism.

Walls is now at work on a group biography of American transcendentalism, tentatively titled Children of the Fire. Her newest project, Earthrise, will explore the concept of the Anthropocene beginning with the era in the 1800s when Earth was first identified as a planetary body in deep space, immeasurably old by any human standard.

“The shock of that mind-bending sense of deep time and deep space emerged in the very early 1800s,” she said. “And I think it bent the human imagination in really interesting and powerful ways. It’s a scientific insight that makes its way into popular culture, and it inspired a certain way of writing and seeing the world.”

She plans to write both Children of the Fire and Earthrise in a similar style to Thoreau: A Life — using a more narrative structure that appeals to a broad audience.

“It was so much fun. I’m fascinated by the interface between the factual world and the way our imaginations take up that world and create a meaningful narrative,” she said. “I’ve always worked on the boundary between literature and science, and I find that boundary becomes even more exciting if you walk that line as an act of artistic creation.

“Writing this book, I’m sure, has changed me forever.”

Originally published by Carrie Gates at al.nd.edu on November 08, 2017.