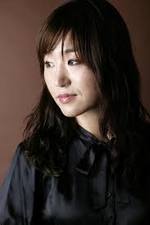 Kim Yideum has published five books of poetry—A Stain in the Shape of a Star (2005), Cheer Up, Femme Fatale (2007), The Unspeakable Lover (2011), Song of Berlin, Dahlem (2013), and Hysteria (2014). Her work has been adapted into a play (The Metamorphosis, 2014) and a film (After School, 2015). She has received numerous awards for her poetry, including the Poetry & the World Literary Award, the Kim Daljin Changwon Award, the 22nd Century Literary Award, and the Kim Chunsoo Award. She teaches at Gyeongsang National University, works as a newspaper columnist, and hosts a poetry-themed radio program. Her first book in English translation, Cheer Up, Femme Fatale (translated by Ji yoon Lee, Don Mee Choi and Johannes Göransson) was published by Action Books earlier this year.

Ji Yoon Lee is the author of Foreigner’s Folly (Coconut Books, 2014), Funsize/Bitesize (Birds of Lace, 2013), and IMMA (Radioactive Moat, 2012). She is the winner of the Joanna Cargill prize (2014), and her manuscript was a finalist for the 1913 First Book Prize (2012). Her poems and translations have appeared in Asymptote, Eleveneleven, The Volta, PANK, Bambi Muse, Seven Corners, The YOLO Pages, The Animated Reader: Poetry of Surround Audience, and &Now Awards 3. She was born in South Korea and came to the United States as a teen. She received her MFA in Creative Writing from the University of Notre Dame. She is going to read the translations.