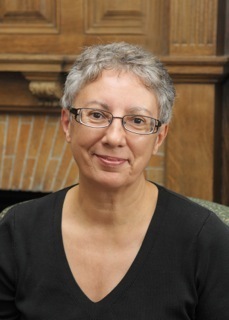 The English Department cordially invites you to a lecture by Phi Beta Kappa Visiting Scholar Hazel Carby of Yale University. Professor Carby will speak on "Black Futurities: Shape-shifting beyond the Limits of the Human” at 5:00 pm Thursday, February 25, in the Jordan Auditorium, Mendoza College of Business. A reception will follow.

Hazel Carby is the Charles C. and Dorathea S. Dilley Professor of African American Studies and American Studies and director of the Initiative on Race, Gender, and Globalization. Awarded the Modern Language Association’s 2014 Hubbell Medal for Lifetime Achievement in American Literary Studies, she is the author of, among others, Reconstructing Womanhood: The Emergence of the Afro-American Woman Novelist; Race Men; Cultures in Babylon; and Imperial Intimacies (forthcoming), which deals with the intimate imperial entanglements of the islands of Britain and Jamaica from the anti-Napoleonic war to the anti-fascist war. Her new work in progress is entitled Treason-Workers. At Yale she teaches courses on the literature and art of the black Atlantic and the Caribbean; the transnational imaginaries of contemporary fiction; and science fiction in literature, visual culture and music.

Since 1956, the Phi Beta Kappa Visiting Scholar Program has been offering undergraduates the opportunity to spend time with some of America's most distinguished scholars. The purpose of the program is to contribute to the intellectual life of the campus by making possible an exchange of ideas between the Visiting Scholars and the resident faculty and students. The Visiting Scholars travel to 100 colleges and universities each year, spending two days on each campus and taking full part in the academic life of the institution. They meet informally with students and faculty members, participate in classroom discussions and seminars, and give a public lecture open to the academic community and the general public. Over the last 59 years, 636 Visiting Scholars have made 5,188 visits to Phi Beta Kappa sheltering institutions.