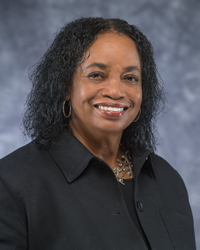 The English Department is pleased to announce a guest lecture by 2014-2015 NDIAS Director's Fellow Thadious M. Davis entitled "Contending With Force: African American Imaginative Freedom." The lecture will take place on Thursday, November 13, at 5:00 pm in 100 McKenna Hall. A reception will follow.

Thadious M. Davis is Geraldine R. Segal Professor of American Social Thought and Professor of English at the University of Pennsylvania. Her scholarship focuses primarily on issues of race, gender, and region with attention to geography, history, and law, as well as to literary modernism, visual culture, and contemporary theory. Her special areas include the Harlem Renaissance and William Faulkner.

She is the author of Games of Property: Law, Race, Gender, and Faulkner’s Go Down, Moses (2002); Faulkner’s “Negro”: Art and the Southern Context (1982); and Nella Larsen, Novelist of the Harlem Renaissance (1994; 1996). Her most recent work is Southscapes: Geographies of Race, Region, and Literature (2011). She has written over sixty scholarly articles and edited or co-edited nine reference texts.

Professor Davis’s research has been supported by major fellowships and grants from the Rockefeller Foundation, the Ford Foundation, the National Endowment for the Humanities, the National Research Council, and the American Council of Learned Societies. She has been a fellow at the Newberry Library in Chicago, the DuBois Institute at Harvard University, the Program in African American Studies at Princeton University, the Cullman Center for Scholars and Writers at the New York Public Library, and the Huntington Library as the R. Stanton Avery Distinguished Fellow. Her critical biography of Nella Larsen received the College Language Association Award for Creative Scholarship and the Anna Julia Cooper Award for Feminist Scholarship from Spelman College. Co-editor of the University of North Carolina Press series Gender and American Culture, she has served on a number of editorial boards, including American Quarterly, Signs: Journal of Women in Culture and Society, The Southern Literary Journal, Black American Literature Forum (now African American Review), American Literary History, Southern Cultures, Callaloo, The Canadian Review of American Studies, Women’s Studies, and Palimpsest: A Journal of Women, Gender, and the Black International. One of the founders of the Modern Language Association’s Division of Black Literature and Culture, she has served elected terms on the National Council of the American Studies Association, the Advisory Council of the American Literature Section of MLA, and the Executive Committee of the MLA Division of Twentieth-Century American Literature. She has been honored with a year-long Fulbright Distinguished Chair, the Walt Whitman Chair in American Civilization at the University of Leiden in the Netherlands.