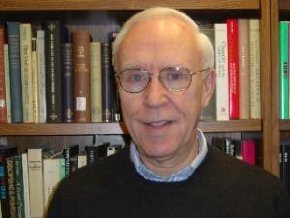 “The Poetry Nobody Knows: Rare or Unique Verse in Early Modern English Manuscripts”

In various archives in Great Britain and the U.S. there are hundreds of manuscripts from the early modern period that contain poetic texts. Those associated with major and minor canonical authors have been accounted for, edited, and made part of literary history. Those that are anonymous or are by little known writers have largely been ignored. This lecture deals with a selection of (mostly anonymous) rare or unique poems found in surviving manuscript poetry collections of the sixteenth and seventeenth centuries in relation to the familial, collegial, and other coterie environments in which they were written. This includes verse composed by manuscript compilers, politically dangerous or obscene texts, and texts related to scandals and topical events of local interest. Among the examples chosen are a poem dealing with a case of mother-son incest and verse dealing with a cause célèbre in Oxford, the supposed providential revival of a hanged woman who was unjustly convicted of infanticide. Looking at the large body of rare or unique manuscript verse from the period, I argue that these neglected texts, which expand our sense of the writing practices in the period, not only need to be acknowledged in literary history, but also studied for what they reveal about the social life of early modern literary texts.

Arthur F. Marotti is Distinguished Professor of English Emeritus at Wayne State University. He is the author of John Donne, Coterie Poet (1986); Manuscript, Print and the English Renaissance Lyric (1995); and Religious Ideology and Cultural Fantasy: Catholic and Anti-Catholic Discourses in Early Modern England (2005). He has also edited or co-edited ten collections of scholarly essays, most recently (with Ken Jackson) Shakespeare and Religion: Early Modern and Postmodern Perspectives (2011) and (with Chanita Goodblatt), Religious Diversity and Early Modern English Texts: Catholic, Judaic, Feminist and Secular Dimensions (2013). He served as the Editor of the journal Criticism from 1986 to 1996 and is a member of the Editorial Board of English Manuscript Studies 1100-1700, Literature Compass, and JNL: Journal of the Northern Renaissance. His current research is on early modern English manuscript poetry collections as well as on early modern English Catholic culture.