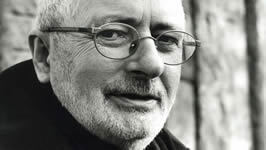 The Department of English brings you the ninth public lecture by Terry Eagleton, Excellence in English Distinguished Visiting Professor. Eagleton's lecture, "The Body as Language, or Do Badgers Have Souls?" will be at 5:00 pm Wednesday, October 2, in the Snite Museum Annenberg Auditorium.