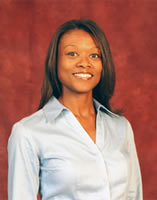 "A House is not a Home: New Negro Women & Homemaking Anxiety"

This lecture draws from the book-in-progress "From Slave Cabins to the White House: Homemaking Anxiety in African American Culture." Homemaking anxiety is the palpable tension that emerges when African Americans, especially women, continue to invest in traditional domesticity even while seeing the signs that it will not yield for them the respectability and safety it should. In the early 1900s, the community conversation on black success and citizenship centered on "race motherhood," the idea that women could best contribute to racial uplift by supporting men. Black women could not escape the influence of race motherhood, and questioning its expectations made them vulnerable to harsh criticism and possible ostracism. Nevertheless, black women's fiction of the 1920s and 1930s reveals the degree to which race motherhood was interrogated. Indeed, black women authors seem to suggest that the figure of the race mother emerged to rein them in, guiding them to make choices that advanced a male-centered agenda. Zora Neale Hurston's most famous novel Their Eyes Were Watching God exemplifies the determination to place in the archive evidence of the New Negro woman, best identified by her resistance to becoming a race mother. In doing so, Hurston insisted that the community conversation on black success and citizenship was incomplete without this figure precisely because her experiences with various homemaking practices demonstrate that adhering to mainstream standards will not yield what the nation promises.

Koritha Mitchell is a literary historian and cultural critic. Her research centers on African American literature, racial violence in US literature and contemporary culture, and ​Black drama & performance. She examines how texts, both written and performed, have helped terrorized families and communities survive and thrive. Her study Living with Lynching: African American Lynching Plays, Performance, and Citizenship, 1890 -1930 (University of Illinois Press, 2011) won book awards from the American Theatre and Drama Society and from the Society for the Study of American Women Writers. Currently an associate professor of English at Ohio State University, Mitchell's scholarly articles include "James Baldwin, Performance Theorist, Sings the Blues for Mister Charlie," which appears in American Quarterly, and "Love in Action," which draws parallels between racial violence at the last turn of the century and anti-LGBT violence today (published by Callaloo). In March 2014, Koritha spoke at the Library of Congress and was presented with a Certificate of Congressional Recognition. The lecture aired on C-Span’s BookTV and is part of their online video library.​ For access to this and other resources, please visit korithamitchell.com.​

The Notre Dame American Area Seminar is a collective of faculty and graduate students from English and affiliated departments meeting monthly to discuss the most exciting new work in the field. For more information, contact Matt Wilkens (mwilkens@nd.edu).