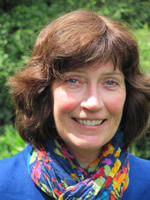 Abstract: This presentation considers a little-explored side of the prolific seventeenth-century writer Margaret Cavendish by examining medical material in the family correspondence in the Portland Collection, University of Nottingham.  Writing to William Cavendish, Marquis (and later Duke) of Newcastle, with prescriptions to treat melancholy, hypochondria, impotence, and infertility, chemical Galenist Sir Theodore de Mayerne adds salutations to Margaret for “the accomplishment of her good desire” in bearing children.  Margaret proved, in Mayerne’s view, a difficult patient, who insisted on following her own regimen in purging, fasting, and blood-letting. And, in the event, the couple remained childless. Nonetheless, as the final portion of the presentation will explore, Margaret productively reworks humoral concepts of balance, temperance, conception, and birth in her writings and in fashioning herself as author, issuing forth poems, plays, letters, and philosophical prose.  My focus on humoral medicine and gendered infertility provides a new lens on the debated issue of the conventionality versus the proto-feminism of Cavendish’s scientific thought.

Bio: Laura L. Knoppers is Professor of English at Notre Dame.  She works on seventeenth-century British literature, especially John Milton, literature and history of the English Revolution, early women writers, and gender in history. Knoppers takes a cross-disciplinary approach to the early modern period, focusing on intersections between literature, politics, religion, and visual culture. Most recently, she is the author of Politicizing Domesticity from Henrietta Maria to Milton’s Eve (Cambridge, 2011) and editor of The Cambridge Companion to Early Modern Women’s Writing (Cambridge, 2009) and The Oxford Handbook of Literature and the English Revolution (Oxford, 2012).

In order to advance the program’s commitment to inter-disciplinary research and inquiry into the subject of gender, the Gender Studies Program is pleased to announce an upcoming series of research workshops. The events will include presentations by advanced undergraduates majoring in Gender Studies as well as graduate students and faculty members from a variety of departments who work in the area of gender and sexuality. The workshop will begin with the week’s presenter giving a brief lecture on his or her current research in the field, followed by a seminar-style discussion.