The Ernest Sandeen Award for Poetry

Leia Penina Wilson is an afakasi Samoan poet hailing from the Midwest. Most recently, she has work in Burning House Press, Heavy Feather Review, Denver Quarterly, Dream Pop Press, and Split Lip Magazine. She is the author of i built a boat with all the trees in your closet (and will let you drown), from Red Hen Press. Splinters are Children of Wood was awarded The Sandeen Prize in Poetry by Notre Dame Press.

Robert Gibb's books include The Origins of Evening (1997), which was a National Poetry Series winner.  Among his other awards are two NEA Fellowships, a Best American Poetry and a Pushcart Prize.  Two new books will be published this year: After, which won the Marsh Hawk Press Poetry Prize (Mark Doty, judge), and Among Ruins, which was awarded The Sandeen Prize in Poetry by Notre Dame Press.

Martin Ott is a former U.S. Army interrogator, Martin Ott is the author of six books of poetry and fiction, including Underdays from University of Notre Dame Press and Interrogations (Fomite Press). More at www.martinottwriter.com. 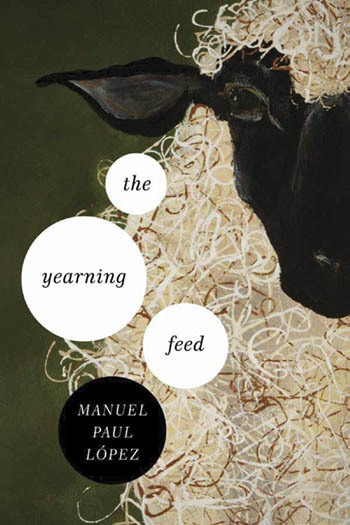 Manuel Paul López was born and raised in El Centro, California, and received degrees from the University of California, San Diego and San Francisco State University. He is a CantoMundo fellow and was recently awarded a Creative Catalyst Fund grant from the San Diego Foundation in 2012, making him 1 of 15 inaugural fellows. His work has been published in Bilingual Review/La Revista Bilingue, The Bitter Oleander, Hanging Loose, Rattle, and ZYZZYVA, among others, and anthologized in Roque Dalton Redux (Cedar Hill Publications). With his wife, he lives in San Diego, California. His first book Death of a Mexican and other Poems was published by Bear Star Press in 2006 and was awarded the Dorothy Brunsman Poetry Prize. 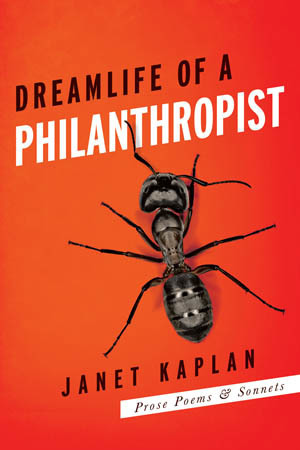 Janet Kaplan, Dreamlife of a Philanthropist (2011)

Janet Kaplan is the author of three books: The Groundnote, published by Alice James Books, The Glazier’s Country, winner of the 2003 Poets Out Loud Prize and published by Fordham University Press, and Dreamlife of a Philanthropist: Prose Poems & Prose Sonnets, selected by Cornelius Eady, Orlando Menes, and Joyelle McSweeney for the 2011 Ernest Sandeen Prize, University of Notre Dame Press. “...[I]n poems whose wit cannot be told apart from their momentum, we find thinking at work against itself, undoing conclusion, battling intent, in order to recover some lost ground of form’s unconscious foundation,” poet Dan Beachy-Quick writes about Dreamlife. And Fence critic Karla Kelsey writes, “[T]he voice here charms, leading us into a landscape of Tender Buttons meets Claes Oldenburg or Rene Magritte.” Janet is the publisher and editor of Red Glass Books, a new chapbook series, and a professor of poetry and creative writing at Hofstra University.

Jude Nutter’s first collection, Pictures of the Afterlife (Salmon Poetry, Ireland), was published in 2002. The Curator of Silence (University of Notre Dame) won the Ernest Sandeen Prize from the University of Notre Dame and was awarded the 2007 Minnesota Book Award in Poetry. A third collection, I Wish I Had a Heart like Yours, Walt Whitman, was released in 2009. In 2004, she spent two months in Antarctica with the National Science Foundation’s Writers and Artists Program.

Ned Balbo’s first poetry collection, Galileo’s Banquet (WWPH, 1998), was awarded the Towson University Prize. Another collection, Lives of the Sleepers (University of Notre Dame Press, 2005), received the Ernest Sandeen Poetry Prize, a ForeWord magazine Book of the Year Award in poetry, and was a finalist for the Arlin G. Meyer Prize of the Lilly fellows program. The recipient of three Maryland Arts Council grants, he has received the Robert Frost Foundation Poetry Award and the John Guyon Literary Nonfiction Prize. “My Father's Music,” an essay on adoptive identity and ethnicity, and a finalist for both the Faulkner/Wisdom award and the Laura Pizer Prize, appears in Creative Nonfiction’s Anthology of Italian-American Prose, Our Roots Are Deep with Passion (Other Press, 2006). Something Must Happen, a chapbook of new poems, appeared in 2009 from Finishing Line Press. A Long Island native, Balbo teaches at Loyola University Maryland and lives in Baltimore with his wife, poet-essayist Jane Satterfield, and her daughter Catherine.

John Latta is the author of Breeze, winner of the Ernest Sandeen Prize in Poetry from the University of Notre Dame, Rubbing Torsos, and the recipient of numerous awards, including two NEA creative writing fellowships. His poems have appeared in a wide variety of publications including Boston Review, New American Writing, the Gettysburg Review, Jacket, and Chicago Review. Latta received his AB in English from Cornell University, where he founded the literary magazine Chiaroscuro. He earned an MFA in Creative Writing at the University of Virginia and a PhD in English at the State University of New York, Albany. Latta works at the University of Michigan’s Harlan Hatcher Graduate Library.

Robert Hahn is an award-winning poet, translator and author of nonfiction. He has recently completed a memoir, Burying Mary Baker Eddy, The True Stories of a Dying Father, a Wayward Son, and a Sickly Messiah. With Michela Martini, he has completed the first English-language translation of the poetry of Edoardo Sanguineti, The Naked Acrobat (Gradiva Publications). Five collections of his poetry have been published including, All Clear (South Carolina) and No Messages (Notre Dame--winner of the Sandeen Award). His poems have appeared in The Yale Review, The Paris Review, The Georgia Review, Boston Review, The Iowa Review, Shenandoah, TriQuarterly, Harper’s Magazine, Notre Dame Review, Chicago Review, Ontario Review, Partisan Review, Prairie Schooner, Agni, and The New Republic. His essays on Tintoretto and sixteenth-century Venice have appeared in Southwest Review, The Massachusetts Review, TriQuarterly, Raritan, and The Yale Review. His essays on translation, poetry, fiction, painting, and film have appeared in Parnassus, Michigan Quarterly Review, The Southern Review, The Antioch Review, Denver Quarterly, The Sewanee Review, Film Quarterly, and Boston Review. His non-fiction appearances are an essay on the late work of J. M. Coetzee in The Kenyon Review and a memoir, What Occurred in Linz, in The American Scholar. His memoir Becoming Unknown is in The Southern Humanities Review. His translations of Italian poetry (Giorgio Caproni, Edoardo Sanguineti, Gabriella Leto, and others), also in collaboration with Michela Martini, have appeared in The Literary Review, Chicago Quarterly Review, Modern Poetry in Translation, International Poetry Review, Gradiva, Poetry International, The Journal of Italian Translation, Literary Imagination, Italian Poetry Review, and The FSG Book of Twentieth-Century Italian Poetry. His honors include a National Endowment for the Arts Fellowship, The Ernest Sandeen Award (University of Notre Dame), the Chelsea Magazine Award, The Keats-Shelley Poetry Prize (Keats-Shelley Society, England), Southwest Review’s Best Essay award, a Notable Essay in Best American Essays, and fellowships at Bogliasco, Italy and MacDowell.

Janet Holmes is a poet, professor, and the director of Ahsahta Press. She is author of six poetry collections, including The ms of m y kin (Shearsman Books, 2009), F2F (University of Notre Dame Press, 2006), Humanophone (University of Notre Dame Press, 2001), and The Physicist at the Mall (Anhinga Press, 1994). She has also had her poems published in literary journals and magazines including American Poetry Review, Beloit Poetry Journal, Boulevard, Carolina Quarterly, Georgia Review, Michigan Quarterly Review, MiPoesias, Nimrod, Pleiades, Poetry, Prairie Schooner, and in anthologies including The Best American Poetry 1994 and The Best American Poetry 1995. Her honors include the Minnesota Book Award and fellowships from Yaddo and the MacDowell Colony. She earned her BA from Duke University and her MFA from Warren Wilson College MFA Program for Writers and teaches at Boise State University’s MFA Program in Creative Writing.

Stephanie Strickland was born in Detroit, lived for five years in Glen Ellyn, Illinois, and attended Horace Greeley High School in Chappaqua, New York. She studied at Harvard University (AB 1963), Sarah Lawrence College (MFA 1979), and Pratt Institute (M.S. 1984). Strickland held the 2002 McEver Chair in Writing at the Georgia Institute of Technology. She spoke at the &NOW Festival in 2004. She has served on the Board of the Electronic Literature Organization. Strickland describes some of her work as born-digital: “E-poetry relies on code for its creation, preservation, and display: there is no way to experience a work of e-literature unless a computer is running it—reading it and perhaps also generating it. ... What is meant by e-literature, by works called born-digital, is that computation is required at every stage of their life. If it could possibly be printed out, it isn’t e-lit.”  Printed collections of Strickland’s work include Beyond This Silence (State Street Press, 1986), Give the Body Back (University of Missouri Press, 1991), The Red Virgin: A Poem of Simone Weil (University of Wisconsin Press, 1993, awarded that year’s Brittingham Prize in Poetry), True North (University of Notre Dame Press, 1997, awarded the Ernest Sandeen Poetry Prize and the Alice Fay di Castagnola Award), V: WaveSon.nets / Losing L’una (Penguin Poets, Penguin Books, 2002, awarded the Alice Fay di Castagnola Award), and Zone : Zero (Ahsahta Press, Boise State University, 2008). Strickland’s notable born-digital works include the hypertext True North (Eastgate Systems, 1997, awarded the Salt Hill Hypertext Prize), The Ballad of Sand and Harry Soot (Word Circuits, 1999, awarded a Boston Review Poetry Prize), slippingglimpse (with Cynthia Lawson Jaramillo and Paul Ryan, 2007), Sea and Spar Between (with Nick Montfort, in Dear Navigator issue 1:3, Winter 2010), and born-digital versions of the poems in Zone: Zero (Ahsahta Press, Boise State University, 2008) included on a CD-ROM. She maintains a website.