Xavier Navarro Aquino was born and raised in Puerto Rico. Named one of the writers to watch for fall 2021 by Publishers Weekly, Navarro Aquino is the author of the novel, Velorio out from HarperVia/HarperCollins and HarperCollins Español in January 2022. His fiction has appeared in Tin House magazine, McSweeney’s Quarterly Concern, and Guernica. His poetry has appeared in The Caribbean Writer and is anthologized in Thicker Than Water: New writing from the Caribbean by Peekash Press. Navarro Aquino has been awarded scholarships from the Bread Loaf Writers’ Conference, a Tennessee Williams scholarship from the Sewanee Writers’ Conference, a MacDowell Fellowship, and an American Council of Learned Societies Emerging Voices Fellowship at Dartmouth College.

Dionne Irving Bremyer is originally from Toronto, Ontario. Her fiction and nonfiction has appeared in Story, Boulevard, LitHub, Missouri Review, and New Delta Review, among other journals and magazines. Her essays “Treading Water” and “Do You Like to Hurt” were Notable essays in Best American Essays 2017 and 2019. Her novel Quint is out from 7.13 Books and her short story collection Islands is forthcoming from Catapult Books in 2022.

She believes in Creative Writing as a practice of empathy. Her work both investigates and questions received notions concerning the complex interplay of the social, personal, cultural, and national hybridity emergent in a postcolonial world.

I teach classes on poetry writing, modern and contemporary poetry, translation and translation theory, as well as a multimedia classes on the grotesque, the weird and the uncanny. As a Creative Writing teacher I believe it is fundamental for classes to develop frameworks for reading each other’s work in interesting and generative ways, rather than trying to hew the work to status quo standards. I believe it’s my role to help students read work – including their own and that of fellow students - that challenge them, and to challenge students to write the work that feels most urgent to them. Over the past 20 years, I have also translated a number of books, mostly by contemporary Swedish poets (Aase Berg, Ann Jäderlund, Johan Jönson, Helena Boberg and Eva Kristina Olsson); but also works by Finland-Swedish poets (Henry Parland and Gunnar Björling) and a Korean poet (Kim Yideum). Since 2005, Joyelle McSweeney and I have run the press Action Books, an international press that creates transnational conversation between poets from around the world. I have also written extensively about translation, including the book Transgressive Circulation: Essays on Translation. I have a restless approach to form. My books tend to traverse, question, corrupt and meld different forms, media, genres and languages. I have written a book of epistolary poems, a book as an impossible pageant, two books of poetry based on a failed crime novel, and a book of morphing translations. I am currently working on book of lyrical poems that derive their rhythm from my attempt at bringing Swedish and English together. Since I began writing I have been interested in the volatile relationship between text and body. I have been drawn toward the impure – in both form and content. 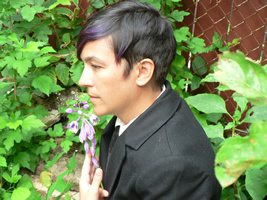 Joyelle McSweeney is the author of ten books of poetry, stories, novels, essays, translations and plays, including, most recently, the poetry double-volume Toxicon and Arachne (Nightboat Books, 2020) and The Necropastoral: Poetry, Media, Occults, a work of decadent ecopoetics (University of Michigan Poets on Poetry series, 2015). Her debut poetry volume, The Red Bird, inaugurated the Fence Modern Poets Series in 2001, while her verse play, Dead Youth, or the Leaks, inaugurated the Leslie Scalapino Prize for Innovative Women Performance Artists in 2014. With Carmen Maria Machado, she was the guest editor of Best American Experimental Writing 2020. She also collaborated with Don Mee Choi on translations of prose by Korean modernist Yi Sang, featured in Yi Sang: Selected Works from Wave Books (2020) alongside translations by Jack Jung and Sawako Nakayasu. With Johannes Göransson, she co-edits the international press Action Books. 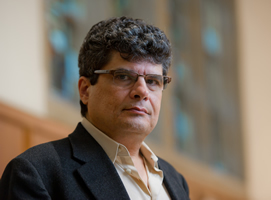 Orlando Ricardo Menes is Professor of English at the University of Notre Dame where he teaches creative writing, literature, and translation. His latest poetry collections are Memoria (Louisiana State University Press, 2019) and Heresies (University of New Mexico Press, 2015)  He is also the author of Fetish, winner of the 2012 Prairie Schooner Book Prize in Poetry. Furia (Milkweed, 2005), and Rumba atop the Stones (Peepal Tree, 2001). His poems have appeared in several prominent anthologies, as well as literary magazines like Poetry, The Southern Review, Prairie Schooner, The Cincinnati Review, Hotel Amerika, Harvard Review, Hudson Review, and Callaloo, among many others.   In addition, Menes is editor of Renaming Ecstasy: Latino Writings on the Sacred (Bilingual Press/Editorial Bilingüe, 2004) and The Open Light: Poets from Notre Dame, 1991-2008 (University of Notre Dame Press, 2011). Besides his own poems, Menes has published translations of poetry in Spanish, including My Heart Flooded with Water: Selected Poems by Alfonsina Storni (Latin American Literary Review Press, 2009).  His poetry delves into questions of liminality, the hybrid sacred, diaspora and exile, and the relationship between the cross-cultural imagination and a poetics of the baroque.

Top of the page. 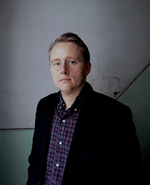 Roy Scranton is the author of five books, including Learning to Die in the Anthropocene: Reflections on the End of a Civilization, the monograph Total Mobilization: World War II and American Literature, and the novel War Porn. In addition, Scranton co-edited Fire and Forget: Short Stories from the Long War and What Future: The Year's Best Ideas to Reclaim, Reanimate, and Reinvent Our Future. His essays, articles, and reviews have been published in the New York Times, The Nation, MIT Technology Review, The Baffler, The New Republic, and elsewhere. Scranton's New York Times essay “Learning How to Die in the Anthropocene” was selected for The Best American Science and Nature Writing 2014, and his essay “The Terror of the New” was selected as a notable essay in Best American Essays 2015. He won the Theresa A. White Literary Award for short fiction (2009), was the recipient of a Mrs. Giles G. Whiting Fellowship in the Humanities (2014–2015), was a post-doctoral fellow at the Center for Energy and Environmental Research in the Human Sciences at Rice University (2016), and was awarded a Lannan Literary Fellowship in Fiction (2017). 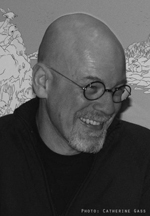 Steve Tomasula is the author of the novels Ascension (forthcoming), The Book of Portraiture, IN & OZ, and VAS: An Opera in Flatland, the acclaimed novel of the biotech revolution. His new-media novel TOC received the Mary Shelley Award for Excellence in Fiction, and eLit’s Best Book of the Year Award. He has contributed short fiction to a wide variety of publications, including BOMB, McSweeney’s, and The Iowa Review, where he received the Iowa Prize for the most distinguished work published in any genre. His collection, Once Human: Stories, was shortlisted for an Indiefab Best Book of the Year Award. Essays on literature, genetic and body art are included in Data Made Flesh (Routledge), Leonardo (M.I.T.), The Handbook of Electronic Literature (Bloomsbury), The Digital Imaginary, and other publications. His short fiction is included in anthologies such as The Year’s Best SF (Harper Collins). He is the editor of Conceptualisms+1: The Anthology of Prose, Poetry, Found, Visual, E- & Other Hybrid Writings as Contemporary, Conceptual Art (forthcoming). Critical writing about his fiction is included in the books Steve Tomasula: The Art and Science of New Media Fiction (David Banash ed.), The Moral Worlds of Contemporary Realism (Mark K. Holland), How We Think: Digital Media and Contemporary Technogenesis (N. Katherine Hayles), among others. He holds a doctorate in English from the University of Illinois Chicago, and lives in the Uptown neighborhood of Chicago. www.stevetomasula.com. 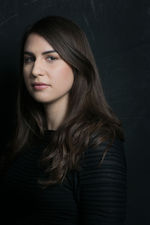 Azareen Van Der Vliet Oloomi is the author of the novel Call Me Zebra (Houghton Mifflin Harcourt), a finalist for the PEN/Faulkner Award and long listed for the PEN Open Book Award, and the critically acclaimed novel Fra Keeler (Dorothy, a publishing project). She is the winner of 2015 Whiting Writers' Award (for “early accomplishment and the promise of great work to come”), a National Book Foundation "5 Under 35" honoree, the recipient of a MacDowell Fellowship, a Fulbright Fellowship in Fiction to Catalonia, Spain, and a Fellowship from the Institució de les Lletres Catalanes in Barcelona. She is currently at work on a series of interviews for the Los Angeles Review of Books titled “The Catalan Paradox: writers, translators and publishers on the literature of a stateless language.” Her next book is a spatial study of Napoleon’s exile in Elba a la Georges Perec and is forthcoming as part of a series on documenting space from Coffee House Press in 2021.

Her work has appeared in or is forthcoming from GRANTA, BOMB, The Los Angeles Review of Books Quarterly Journal, Paris Review Daily, Guernica, The Believer, The Brooklyn Rail, Words Without Borders, and elsewhere. She has lived in Iran, Spain, Italy, various parts of the United States, and the United Arab Emirates. Fra Keeler has been translated into Italian and was published by Giulio Perrone Editore in 2015. Call Me Zebra was published in the U.K. by Alma Books and is forthcoming in Turkey and Romania. Azareen Van der Vliet Oloomi splits her time between South Bend and Chicago.