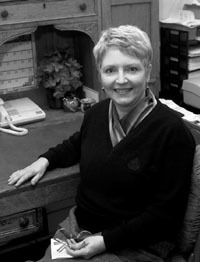 Sonia Gernes is Professor Emerita of English at the University of Notre Dame where she taught Creative Writing, American Literature and Gender Studies. Her BA is from the College of St. Teresa in Winona, MN, and her MA and PhD are from the University of Washington in Seattle. She has published one novel, The Way to St. Ives, (Scribners, 1982) and five books of poetry: The Mutes of Sleepy Eye (1981), Brief Lives  (1982), Women at Forty (1988), A Breeze Called the Fremantle Doctor: Poem/Tales (1998), and What You Hear in the Dark (2006).

Gernes spent most of 1986 in New Zealand as a Fulbright Senior Lecturer, was a Lilly Faculty Fellow in 1990-91, and in 1990, won the Charles E. Sheedy award for distinguished teaching in the College of Arts and Letters at Notre Dame.  In 1989, she taught in Notre Dame’s London program, and in 1993, in the University’s newly formed program in Fremantle, Western Australia. She was awarded the Notre Dame Faculty award in 1994, a Notre Dame Presidential award in 1996, and an NEA fellowship in 1999. She is currently working on a novel and poetry.

The Los Angeles Times called her novel “marvelously mapped and exquisitely plotted,” and Publishers’ Weekly said of Women at Forty: “These luminous, stirring poems confront the experience of aging with humor and insight.” 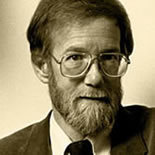 Professor John Matthias has published twenty books of poetry, translation, criticism and scholarship. His most recent titles include Swimming at Midnight: Selected Shorter Poems (1995), Beltane at Aphelion: Longer Poems (1995), Pages: New Poems and Cuttings (2000), Kedging (2007), and Notre Dame Review: The First Ten Years (2009). Essays on Matthias’s work appear in Word Play Place: Essays on the Poetry of John Matthias, edited by Robert Archambeau. Matthias has been awarded numerous grants and prizes, including those from the Ingram Merrill Foundation, the Poetry Society of America, the Columbia University Translation Center, and the Swedish Institute. He has been a Fulbright Scholar and Lilly Endowment fellow. His poetry has been translated into ten languages.

William O’Rourke is the author of The Harrisburg 7 and the New Catholic Left (1972), Signs of the Literary Times: Essays, Reviews, Profiles (1993), and On Having a Heart Attack: A Medical Memoir (2006), as well as the novels The Meekness of Isaac (1974), Idle Hands (1981), Criminal Tendencies (1987), and Notts (1996). He is the editor of On the Job: Fiction About Work by Contemporary American Writers (1977) and co-editor of Notre Dame Review: The First Ten Years (2009). His book, Campaign America ‘96: The View From the Couch, first published in 1997, was reissued in paperback with a new, updated epilogue in 2000. A sequel, Campaign America 2000: The View From the Couch, was published in 2001. Two books appeared in 2012: from Indiana University Press, Confessions of a Guilty Freelancer; and from the Notre Dame Press, a 40th anniversary edition of The Harrisburg 7 and the New Catholic Left, with a new Afterword. He has been awarded two NEAs and a New York State Council on the Arts CAPS grant. He was the first James Thurber Writer-in-Residence at the Thurber House in Columbus, Ohio. He wrote a weekly political column for the Chicago Sun-Times from 2001 until 2005. With issue number 40 of the Notre Dame Review, he completed his final issue and is now the Editor Emeritus of the journal. His blog is available at theviewfromthecouch.com.

Valerie Sayers writes prose, mostly. She is the author of a collection, The Age of Infidelity and Other Stories, and six novels. All her work is equally concerned with narrative play, philosophy, and politics: she considers both her fiction and her nonfiction comic and dead serious. Her most recent novel is The Powers, which contemplates baseball and pacifism in parallel narratives of prose and photography. Who Do You Love and Brain Fever were named New York Times “Notable Books of the Year,” and a film, “Due East,” was based on her novels Due East and How I Got Him Back. All six novels have been reprinted in uniform paperback editions from Northwestern University Press. Sayers’s work appears widely, in such publications as the New York Times, Washington Post, Commonweal, Zoetrope, Agni, Ploughshares, and Witness, and has been cited in Best American Short Stories and Best American Essays. Her literary prizes include a National Endowment for the Arts literature fellowship and two Pushcart Prizes for short stories. The William R. Kenan, Jr. Professor of English, she has received Notre Dame’s Kaneb, Joyce, and Sheedy Teaching Awards. Her focus in the Creative Writing Program is on supporting writers as they define and refine their own aesthetic and philosophical values.

Memorial Tribute
Top of the page

Eady’s work in theater includes the libretto for an opera, “The Running Man,” a finalist for the Pulitzer Prize in Drama in 1999. His play, Brutal Imagination, won Newsday’s Oppenheimer Award in 2002.

He has received the Prairie Schooner Strousse Award and fellowships from the National Endowment for the Arts, the John Simon Guggenheim Foundation, the Lila Wallace-Reader’s Digest Foundation, and the Rockefeller Foundation. In 2008, he, along with Cave Canem co-founder Toi Derricotte, was presented the Elizabeth Kray Award.

He has received the D. H. Lawrence fellowship and the Lila Wallace-Reader’s Digest fellowship.

John Wilkinson’s most recent books of poetry include Contrivances (2003), Lake Shore Drive (2006) and Down to Earth (2008). A reissue program of his earlier work began with Proud Flesh (1986/2005). His poetry is represented in the Anthology of Twentieth-Century British and Irish Poetry (Oxford University Press, 2001), and his critical writing has appeared in Cambridge Quarterly, Critical Quarterly, and Chicago Review. A collection of his essays was published in 2007 as The Lyric Touch: Essays on the poetry of excess. John Wilkinson also has a professional and academic background in mental health. He has been a Frank Knox Fellow at Harvard University, a Fulbright Distinguished Scholar at the Nathan S. Kline Institute for Psychiatric Research and during 2007-08, was the Carl and Lily Pforzheimer Fellow at The National Humanities Center.

Raised in Monterey, California, Frances Sherwood attended Howard University on an Agnes and Eugene Meyer scholarship, graduated from Brooklyn College, and received her MA from Johns Hopkins University, where she was a teaching fellow in the Graduate Writing Seminars. She was also a Stegner Fellow at Stanford University. She is the author of a short story collection, Everything You’ve Heard is True (Johns Hopkins University Press, 1989), and four novels: Vindication (FSG, 1992), Green (FSG, 1995), The Book of Splendor (W.W. Norton, 2002) and Night of Sorrows (W.W. Norton, 2006). Vindication, nominated for The Book Circle Critics Award, has been translated into twelve different languages and The Book of Splendor into five. Two paperback editions of Vindication and one of The Book of Splendor have been published. Sherwood has had two stories included in O. Henry Award collections (1989, 1992) and one story in Best American Short Stories (2000). Twenty-four of her short stories have been published in magazines, including The Atlantic Monthly, Zoetrope, and TriQuarterly. 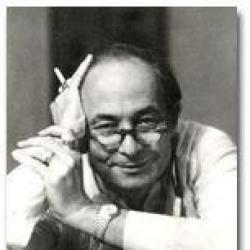 Richard Elman, was a novelist, poet and critic who taught for many years at the Bennington College Summer Writing Workshops in Vermont.

Mr. Elman published more than 20 books, some of them reflecting his Jewish upbringing, and three volumes of poetry. At his death he had finished three more books awaiting publication.

He was the author of a pungent comic novel, “Tar Beach” (Sun & Moon, 1991), in which he related the story of an 8-year-old boy growing up Jewish in Brooklyn after World War II. Its theme is family life, unfolding one scorching August afternoon as a group of men and women take the sun on the thickly tarred, partitioned roof of their synagogue.