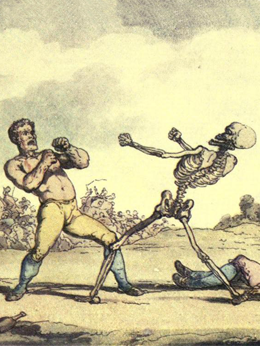 Second year students of the Masters of Fine Arts in Creative Writing at the University of Notre Dame will be reading five-minute selections from their final theses on Thursday April 23rd, 2015 at 7:00 PM in the Philbin Studio Theater.

Jace Brittain lives in Los Angeles or Berlin or Indiana, even Bemidji sometimes. His writing has appeared in Deluge, the Destroyer, and elsewhere.

Paul Cunningham manages Radioactive Moat Press and its lit journal, Deluge. He also works as an editor for Fanzine and Action Books. His writing has appeared in Bat City Review, DIAGRAM, Tarpaulin Sky, LIT, and Witness.

Jonathan Diaz is a poet from Los Angeles, a city whose complexity undergirds and informs his work. He also spent a term at Oxford University, where he studied poetry and philosophy. He is the co-founder and co-editor of the online literary journal Californios.

Suzi F. Garcia writes about feelings, feminism, and race. She is a Gender Studies minor, and an assistant editor at Noemi Press. She was nominated for an Intro Journals Award by the University of Notre Dame. Her work can be found in the Yalobusha Review, the Pinch, Barely South, and more.

Julia Harris grew up in Colorado Springs, Colorado.  In 2013, she graduated from Saint Mary's College with a B.A. in English Literature and English Writing. She was on the editorial board for Chimes, and had works published there, and The Avenue, a literary journal for creative non-fiction.

Thirii Myo Kyaw Myint was born in Burma (Myanmar) and lived in Bangkok, Thailand for seven years before immigrating with her family to San Jose, California. Thirii attended Brown University, where she studied Literary Arts and had many adventures. Her writing has been published in Caketrain, The Kenyon Review Online, The Literarian, and The Bicycle Review.

Jessica Newman's writing has appeared in elimae, Caketrain,Unsaid, PANK and elsewhere. She is currently working on a book that, by combining fiction with nonfiction, lives in both the future and the past.

Sarah Roth writes between the archive and the catacomb, bridging text and movement, community arts pedagogy and social advocacy, museum and studio. Her writing has appeared in Spires and is forthcoming in Documenting Life and Destruction and MAKE. She is often in transit.

Garret Travis received his BA in English from Louisiana State University. He is interested in snakes, underground rooms, and the proliferation of media through/in writing.

DH Varma's work has been published in Oxford American Magazine, Mikrokosmos, the Barely South Review, and elsewhere. Currently, he is juggling a few multi-genre projects probing notions of family, his hometown (Memphis, TN), and various talismans.

Rachel Zavecz's work often straddles the genres of fantasy and science fiction while engaging modern culture and attempting to push poetic form and performance in new directions. She was a finalist and honorable mention for the 2014 Fairy Tale Review Poetry Award with a feature forthcoming in the 2015 Mauve Issue.